NEC Asks FG, States To Allocate 15% Of Budgets To Education 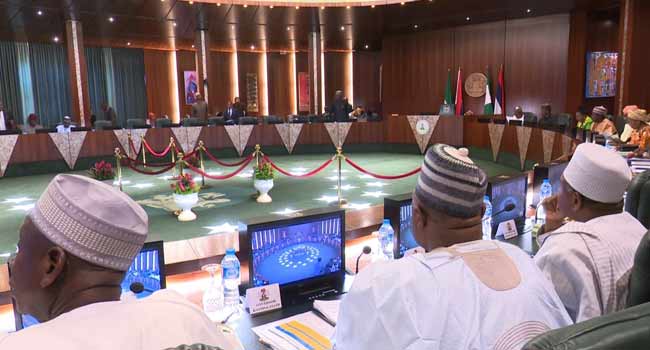 The National Economic Council (NEC) has asked the Federal and state governments to allocate 15 per cent of their budgets to education.

This was part of the resolutions reached during the Council’s meeting held on Thursday inside the Council Chamber of the Presidential Villa in Abuja.

Governor Mohammed Abubakar of Bauchi State who briefed reporters after the meeting revealed that NEC also called on the state governments to declare an emergency in their education sector.

He explained that the Council took the decision after it received the interim report of its ad-hoc Committee on the Revival of Education.

The report, he said, called for vigorous collaboration between the Federal and state governments to revive education in the country.

The governor disclosed further that the Council nominated and approved Edo State Governor, Mr Godwin Obaseki, as the chairman of its committee to check oil theft.

Meanwhile, the Minister of Youths and Sports, Solomon Dalung, said the Federal Capital Territory would host the 19th edition of the National Sports Festival.

According to Governor Abubakar, the minister told state governors at the NEC meeting to support participants from there states with kits, participation fees and security.

Vice President Yemi Osinbajo presided over the NEC meeting attended by the Secretary to the Government of the Federation (SGF), Mr Boss Mustapha.

Chairman of the Nigeria Governors’ Forum (NGF), Abdul’Aziz Yari, led other state governors to the meeting.