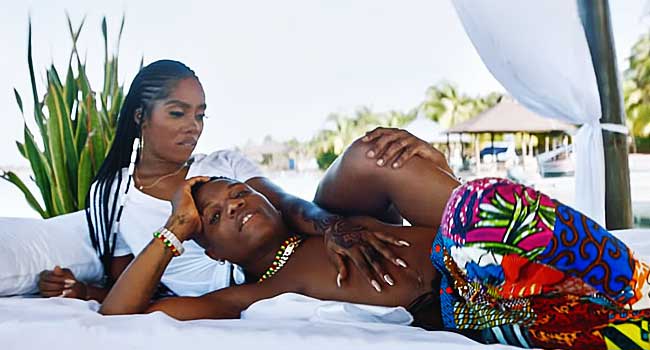 Singer, Ayodeji Balogun, popularly known as Wizkid, has released the video for his new single ‘Fever’.

The song features fellow musician Tiwa Savage as a vixen but what is more interesting is the romance between the two.

Prior to the release of the video, fans of both singers have been puzzled about their closeness which quickly raised questions of their relationship status, shortly after Tiwa’s break up with her husband Teebillz.

In the heat of the controversy, Teebillz had earlier been quoted as saying that Wizkid cannot be in a relationship with his ex-wife because he sees him (Wizkid) as his younger brother.

While both singers have denied being in a relationship, their chemistry in the new video seems to prove otherwise and has intensified speculations that they could be dating.

The music video which was released on Wednesday morning currently has well over 200,000 views on Youtube and both singers have emerged as the top trends on Twitter.

Here are some of the comments from fans as well as critics.

In case you missed it, watch the video below.