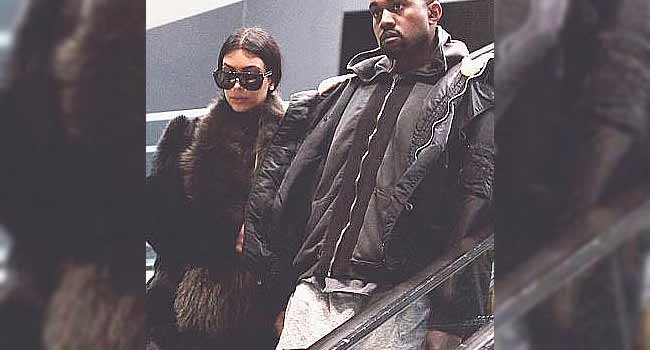 Rapper Kanye West, who has been outspoken in his support for President Donald Trump, now says he’s going to focus on his music and fashion after being “used” in the world of politics.

In a series of tweets, the 41-year-old West lashed out at conservative pundit Candace Owens for saying he had designed apparel for the so-called “Blexit” campaign, or “Black Exit” from the Democratic Party.

“My eyes are now wide open and now realize I’ve been used to spread messages I don’t believe in,” Westwrote. “I am distancing myself from politics and completely focusing on being creative !!!”

He did not say if his support for Trump had changed in any way, but he was unsparing in his criticism of Owens.

“I introduced Candace to the person who made the logo and they didn’t want their name on it so she used mine. I never wanted any association with Blexit. I have nothing to do with it,” he wrote.

“I would like to thank my family, loved ones, and community for supporting my ACTUAL beliefs and my vision for a better world.”

Earlier this month, West met with Trump in the Oval Office — a surreal tete-a-tete that included a hug from the rapper as well as an on-camera rant featuring an expletive not often repeated for the White House press corps.

The rapper, who is married to Kim Kardashian West, has broken ranks with much of the left-leaning entertainment industry to support Trump.

At the White House, he said he felt like “Superman” when wearing one of the red baseball caps handed out at the president’s raucous “Make America Great Again” rallies.

On Tuesday, West said: “I support creating jobs and opportunities for people who need them the most, I support prison reform, I support common-sense gun laws that will make our world safer.”

He also voiced “love and compassion for people seeking asylum” — a position seemingly at odds with Trump’s anti-immigration platform.

Two weeks ago, West was in Uganda finishing up his delayed ninth studio album “Yandhi.” He visited the country’s president Yoweri Museveni, and gave him a pair of his own Yeezy brand sneakers.

“Yandhi” — first expected to be released on September 29, to coincide with West‘s appearance on “Saturday Night Live” — is now due out on November 23.

Trump Warns N-Korea Has ‘Everything’ To lose Through Hostile Acts