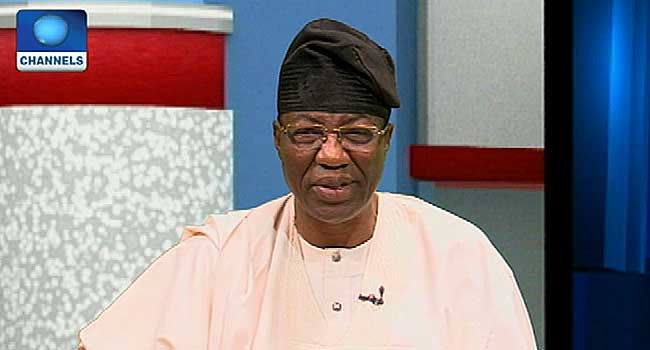 The Director General of the Atiku Campaign Organisation, Mr Gbenga Daniel, says President Muhammadu Buhari has failed to deliver his contract of job creation to Nigerians.

He said the president during the 2015 campaigns, had promised to provide about three million jobs but failed to do so.

According to him, President Buhari at the time, said if he failed to fulfil the promise, then Nigerians were at liberty to choose another leader

Mr Daniel said this during his appearance on Channels Television’s Sunday Politics while explaining that the candidate of the Peoples Democratic Party (PDP) is the best man for the job.

He believes that the country is not working and Atiku has the capacity to get things working again.

He said, “Nigeria is not working and I want to start by quoting what the current president said in one of his tweets, specifically, I think this was sometime in March 2015 just before the election, he promised Nigerians Jobs, he said he was going to create additional jobs and he said and I quote, If I do not fulfil my promises, you have the power to decide who leads you and how they lead you.

“Part of what is key for us is provision of jobs and my submission is if the contract that Buhari had with the people is that he will create jobs, then he has failed to deliver that contract.

“We have someone who is very much at home anywhere”.

‘I Am No Longer In Partisan Politics’, Obasanjo Tells PDP Leaders