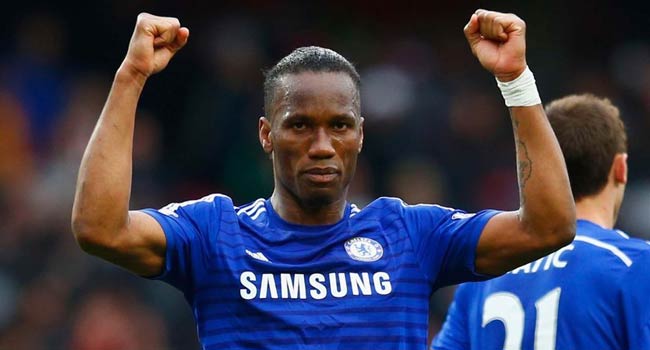 Ivory Coast and Chelsea great Didier Drogba announced his retirement on Wednesday after a 20-year career.

The 40-year-old scored 164 goals in 381 appearances for Chelsea, winning four Premier League titles, four FA Cups and the 2012 Champions League, while he is also Ivory Coast’s all-time record goalscorer with 65.

Drogba most recently played for Phoenix Rising in the United Soccer League.

“I wanna thank all the players, managers, teams and fans that I have met and made this journey one of a kind,” he wrote in a statement on Twitter.

“If anyone tells you your dreams are too big, just say thank you and work harder and smarter to turn them into a reality.”

Drogba played club football in six different countries in total, with the majority of his success coming in France and England.

He won the Premier League Golden Boot in 2006-07 and 2009-10, netting 104 times in the English top flight in total, and also scored a dramatic late equaliser when Chelsea beat Bayern Munich on penalties in the Champions League final six years ago.

Drogba’s last game was Phoenix’s 1-0 loss to Louisville City in the USL Cup final on November 8.

World Cup Braces For Quarter-Finals As Argentina Face The Netherlands

England’s Sterling To Return To Qatar