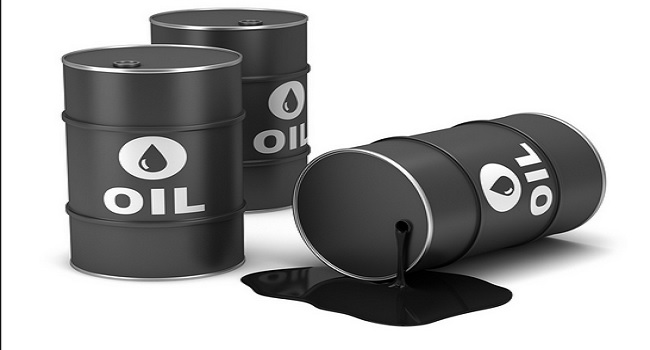 The petroleum slump, which took major oil contracts down to their lowest level since October 2017, comes as oil output remains high in the United States, Russia and Saudi Arabia and as some forecasters have trimmed their outlook for global growth, due in part to the US-China trade fight.

US oil benchmark West Texas Intermediate dropped $4.21 to $50.42 a barrel for January delivery, a decline of 7.7 percent.

In London, Brent oil futures for January delivery, slid 6.1 percent to $58.80 per barrel.

“The truth of the matter remains that rising global crude supply coupled with worrying signs of slowing demand have written a recipe for disaster for the oil markets,” said Lukman Otunuga, a research analyst at FXTM.

Global stock markets were mixed, with major US indices retreating in part due to worries about lower oil prices and weak global growth.

Bourses in Paris and Frankfurt notched modest gains, while London, Shanghai and London all fell.

High global oil production compared to demand was the top reason for Friday’s selling, while the outlook for a weakening world economy led investors to conclude that growth would not be strong enough to soak up the surplus.

The retreat comes ahead of a meeting of the Organisation of the Petroleum Exporting Countries in Vienna on December 6.

Some analysts view the organisation as constrained following heavy pressure from US President Donald Trump on Saudi Arabia.

“Although most analysts claim that this has to do with supply overhang and increased production from Russia and Saudi Arabia, the bottom line is that the US President keeps pushing for lower prices,” said Fiona Cincotta, senior market analyst at City Index trading group.

“While this is the case it will be difficult to see a return to oil at a higher level unless oil cartel OPEC decides on a major output cut at its next meeting.”

But Andy Lipow of Lipow Oil Associates predicted the “Saudis will decide in their best interest to cut production,” adding that “it will not have an impact on the relationship with Washington because the US already said how this relationship was important and how important was the weapon business with the Saudis.”

Still, Friday’s drop in prices reflects market concern that OPEC production cuts are “not going to be enough to support prices,” Lipow added.

The drop in oil prices reverberated in equity markets, with oil giants Chevron, Royal Dutch Shell and Total all shedding three percent or more on their local bourses.

Chinese shares also stumbled as Shanghai slumped by more than two percent, with the tech sector hit hard by a Wall Street Journal report that Washington is urging its allies to avoid using equipment from Chinese telecoms giant Huawei.

Worsening trade tensions between the United States and China have shattered confidence on global trading floors.