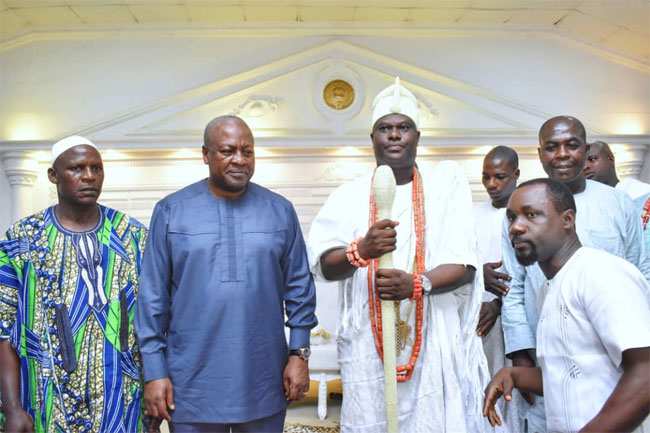 The Ooni of Ife, Enitan Ogunwusi, says Africa remains one big family despite boundaries between countries and communities.

The monarch stated this on Thursday while receiving the immediate past President of Ghana, Mr John Mahama and his team at the palace in Ile -Ife, Osun State

He said, “Before the advent of the Western civilization, there were no boundaries between the African nations and communities, we are one big family.

“It gladdens my heart that with committed individuals like President Mahama, we have remained that united big family working together for the progress of the African continent.”

The Ooni also praised the former Ghanaian leader for exhibiting what he described as a humility and simplicity.

According to him, Mr Mahama personally received him in Ghana while in office two years ago and served him.

“When I was in Ghana to honour Mr President two years ago, he was in power, to the glory of God, he displayed humility and simplicity.

“He didn’t even wait for an aide to do anything for me. He did it by himself. He made tea and offered me by himself. There is no difference between when he was in power and when he was not. That’s humility and simplicity.”

The revered monarch, therefore, prayed for blessings for the former President.

On his part, Mr Mahama thanked the Ooni for the warm reception, describing the Ife kingdom as the root of the rich African culture.

The former Ghanaian leader was accompanied by his elder sister, Mrs Sherifat Dundu and her husband Mr Bisi Dundu, his former Chief Of Staff, Mr Julius Debra among others. 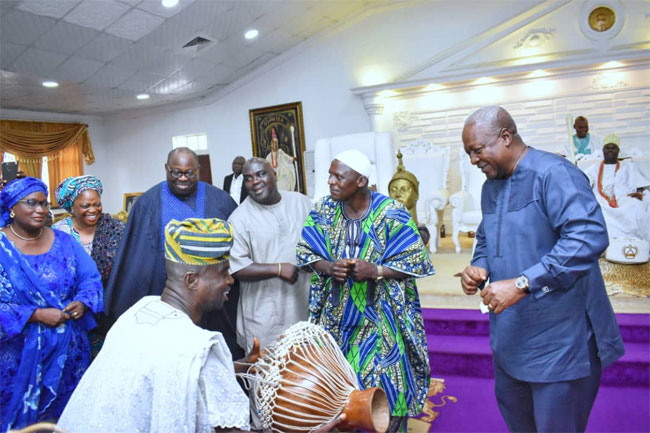 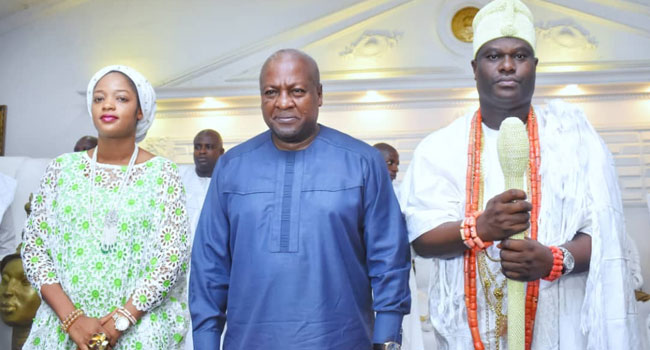 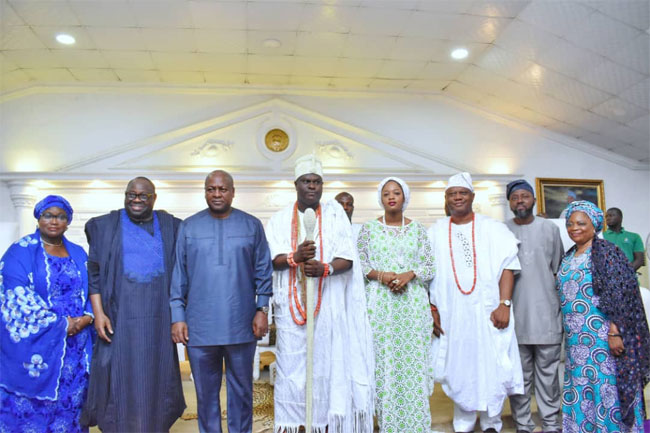