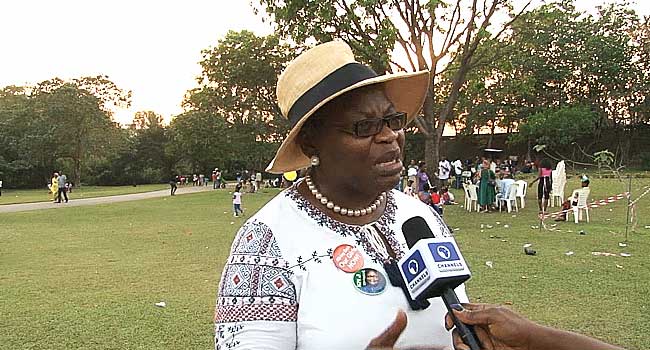 The presidential candidate of the Allied Congress Party of Nigeria Dr Oby Ezekwesili has called for a thorough re-assessment of Nigeria’s counter-terrorism war.

In an interview with Channels Television on Sunday, she said it is sad that Nigerian soldiers at the frontlines of battle with terrorists are being killed without honouring their gallantry.

She, therefore, stressed the need for the Federal Government to restrategize in its war against terrorism and hold key stakeholders accountable for the security challenges.

She said, “What we need to do is to compel the government of President Buhari to do what he should do to.

“President Buhari is the Commander in Chief of the armed forces and that comes with a whole of responsibilities and I believe that right now, the service chiefs have an explanation to make and that explanation had better be a serious one because there is no reason why we should keep people at their duty posts when continuously they are losing their battalion in the place of war.

“So, we need to re-assess the current strategy of the counter-terrorism war… is that strategy working, is the strategy broken, is there a need for us to completely abandon this strategy and find a different one?

“Are the people who are leading the effort on counter-terrorism, being held accountable? Why is our territory available for terrorists to live in… there is something wrong about that”.

Ezekwesili said this in reaction to the recent killing of several soldiers in Metele village in Borno State.

President Buhari had said in statement on Saturday by his Senior Special Assistant on Media and Publicity, Garba Shehu, that immediate measures are being taken to ensure that the loopholes which led to the fatalities are blocked once and for all.