Obasanjo Regards Me As His ‘Beloved Son’ – Gboyega Isiaka 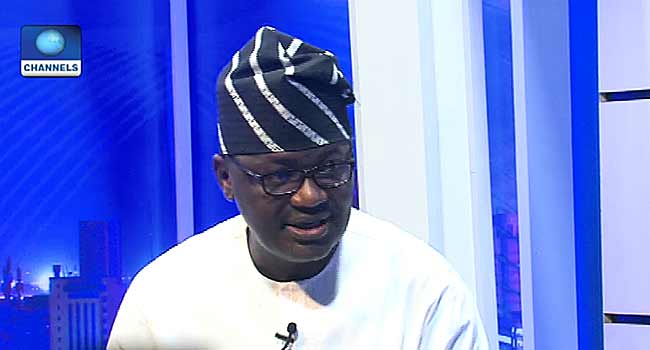 The governorship candidate of the African Democratic Congress (ADC) in Ogun State, Mr Gboyega Isiaka, says he has the backing of former President Olusegun Obasanjo who he says has described him as his beloved son.

He said this on Monday, during an interview on Channels Television’s Politics Today.

According to Isiaka, though the former president has also shown support for other candidates who had met with him, he (Isiaka) remains the “beloved son” of Obasanjo.

He said, “Well, he is the father of all, he is not on our political platform but then I was presented to him the other time and he did say that this is my beloved son in whom I’m well pleased and that goes a long way so that is it.

“He did say too that if any other person wants to come and greet him, he will open his doors but I’m not so sure that he can have two beloved sons at the same time but for this period I think he has said what is in his mind.

“I’m a candidate that Obasanjo has said is his beloved son and this is who I want to support”.

Isiaka who had contested for the governorship seat in 2011, 2015 and now this year (2018), said he had refused to give up because his vision for the state was yet to be achieved.

According to him, he had made up his mind to contribute to the development of the state and he will continue to attempt to the governorship race in order to right some of the wrongs from infrastructure to human capital development.

“Because I have a vision, I have made up my mind that I want to contribute to the development and growth of that state and I believe I have what it takes to do that.

“I have the capacity and experience to do that. Also I believe I have the sincerity of purpose.

“We still have our roads the way they are. So I think that if I still have the strength and the wherewithal to continue with the struggle then why not.

“I set a vision for myself in 2012, the reason for it is still there and I have what it takes to do it. The reason why I left the PDP is still there”.

Isiaka who was a member of the Peoples Democratic Party (PDP) before defecting to the ADC said he had no regrets and he was “very happy” to have left the party.

He explained that the internal crisis in the party led to his defection. And he had no regrets for joining his current party because it provided him a peaceful atmosphere to pursue his political ambitions.

“It is because of the internal wrangling and fighting in the PDP. As we speak, we still do not know who is going to be the final candidate of the PDP – this has been on since 2011.

“I think that my followers also understand that we needed a very peaceful environment to be able to pursue our ambition,” he said.

2023: I Won’t Use Two Years Trying To Decide What To Do, Says Osinbajo