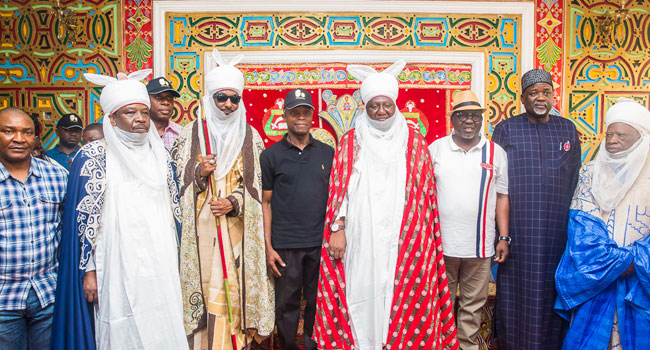 Vice President Yemi Osinbajo says increased respect and regards should be given to traditional institutions and traditional rulers as they play vital roles in ensuring peace and security in the country.

According to a statement signed by the Senior Special Assistant to the Vice President on Media and Publicity, Laolu Akande, Osinbajo said this on Sunday during a visit to the Emir of Keffi, Shehu Chindo Yamusu III at his palace in Nasarawa State.

The Vice President noted that traditional rulers have earned their place as mediators in many aspects of national life and proved that they are important in the scheme of things. 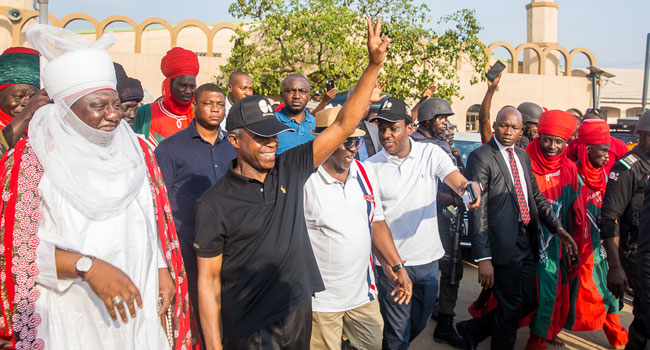 “I feel very strongly that there should be a role, legal and constitutional role, for traditional rulers. I think it’s a very good idea and l believe that for the peace and security of our country, the respect and regards for traditional institutions must continue, and that has accounted for the stability of our polity for so many years.

“l believe that traditional rulership in our country has earned their place as arbiters in so many different ways, in security and justice at the local level and even politically.

“Regarding the matter of the constitutional role of traditional rulers l happened to take the view also that there should be a much more defined role, whether that law is constitutional or merely by legislation,” he said.

The Vice President also appreciated the Emir for the warm reception and assured of Federal Government’s support in ensuring stability in the state.