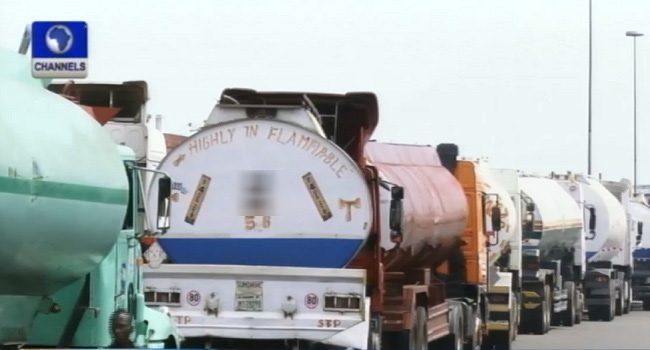 The Federal Government says it has reached an agreement with petroleum marketers on the settlement of their outstanding claims.

Consequently, it gave the assurance that operations at all depots and sales will continue until further notice.

According to a statement by Mr Paul Ella Abechi, the Special Adviser to the Minister of Finance on Media and Communications, both parties reached the agreement during a meeting held at the finance ministry’s headquarters in Abuja.

The statement did not, however, disclose details of the agreement, which comes days after the oil marketers gave the government a seven-day ultimatum to settle all outstanding debts owed them.

The marketers warned that failure to pay up will force them to disengage their workers and lead to a shutdown of all oil depots in the country.

However, the finance ministry is now confident activities at the depots will continue after Thursday’s meeting which was attended by its officials as well as senior government officials from the Debt Management Office (DMO), the Nigerian National Petroleum Corporation (NNPC), the Central Bank of Nigeria (CBN), the Budget Office of the Federation, the Office of the Accountant-General of the Federation and the Petroleum Products Pricing Regulatory Agency (PPPRA).

“The discussions showed that the Government has considered the concerns and is reviewing the initial process approved by the Government for the settlement,” the statement read in part.

Earlier on Thursday, the Senate called on oil marketers to as a matter of national interest withdraw their seven-day ultimatum and allow the Federal Government a little more time to look into their demands.

In their ultimatum, the oil marketers demanded the payment of outstanding subsidy debts. This included foreign exchange differentials and interest rate component, owed to them.

According to them, the move became necessary because they were in a serious crisis as banks had started taking over their assets due to outstanding debts and they were having difficulties paying workers.