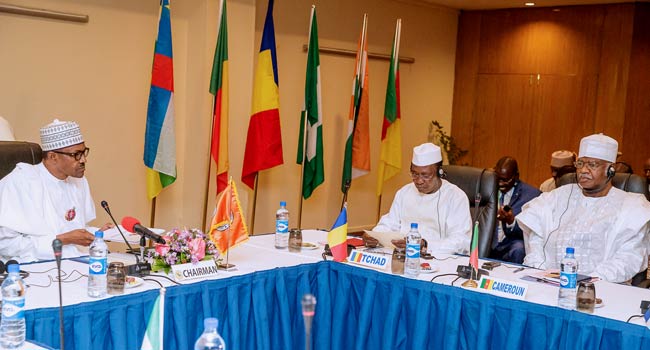 President Muhammadu Buhari and other leaders of the Lake Chad Basin countries are currently in a meeting in Abuja.

Presidents of Chad, Niger, Central African Republic and Cameroon are in attendance at the meeting and President Buhari is the chairman.

The leaders during the meeting considered the report of the Defence and Security committee set up by the leaders in Ndjamena, Chad earlier in December.

The committee’s report is expected to overhaul strategies to counter Boko Haram and other security threat in order to stabilise the region.

President Buhari during the opening ceremony of the meeting said he believes that military strategy must be complemented by the mobilisation and deployment of adequate resources.

According to him, this will ensure reconstruction, rehabilitation, and rebuilding of civil authority and provision of relief to affected persons.

The meeting holds a month after President Buhari traveled to N’djamena Chad to convene a similar meeting to review the security situation and intensify the efforts to end the insurgency in the region. 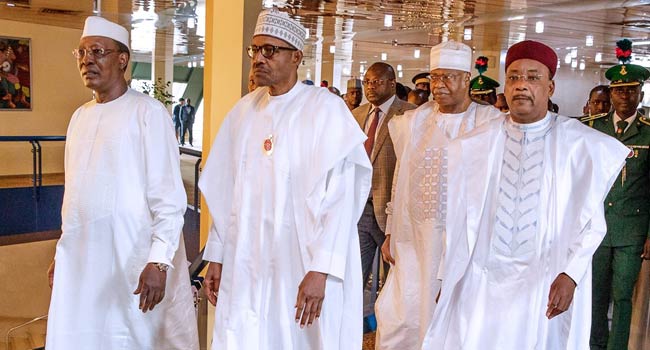 Strike: Students Should Take ASUU To Court For Compensation – FG