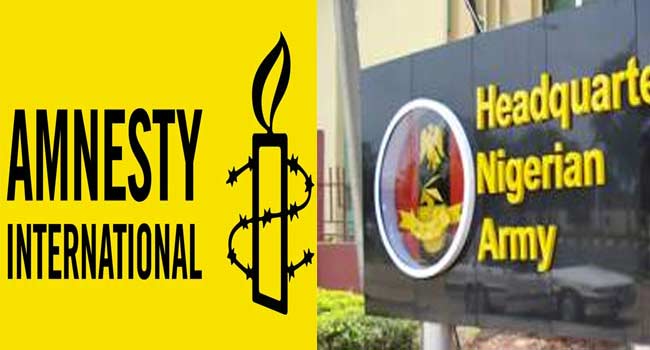 The Nigerian Army has accused Amnesty International of working to destabilise the country.

In a statement on Monday by the Director, Army Public Relations, Brigadier General Sani Usman, the military alleged that the human rights group has deviated from the core values, principles and objectives of the global organisation.

“They have tried over the years using Boko Haram terrorists’ conflicts, Islamic Movement in Nigeria, some activists and now herders-farmers conflicts.”

According to the Army spokesman, the Non-Governmental Organisation is on the verge of “releasing yet another concocted report against the military and warns that the army would call for the closure of amnesty offices in Nigeria if such recklessness continues.”

The allegation comes a week after the army suspended the activities of the United Nations International Children’s Emergency Fund (UNICEF) in the northeast.

Shortly after, the military authorities lifted the suspension following the intervention of well-meaning Nigerians.