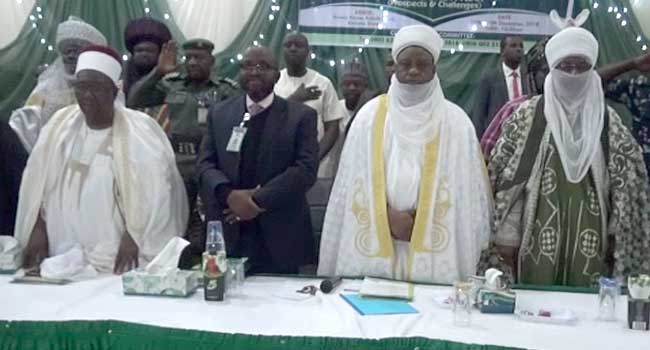 Traditional rulers of the 19 northern states have called on politicians to shun acts capable of causing tension in the country.

The royal fathers made the call on Wednesday at the Fifth General Assembly of the Northern Traditional Rulers Council in Kaduna State.

In his remarks, the Chairman of the Council and Sultan of Sokoto, Saad Abubakar, said the meeting was convened to discuss the preparedness of the electoral umpire for the general elections in 2019.

He identified some areas which he noted if not properly addressed by the Federal Government could hamper the peaceful conduct of the polls.

The Sultan explained that the meeting with the INEC Chairman has become crucial because of the fundamental debate across party lines bordering on whether the commission was fully ready and committed to conducting credible, free and fair elections next year.

On the Electoral Act Amendment Bill, he noted that President Muhammadu Buhari has withheld assent to the bill and the controversy that followed, especially the reaction of the National Assembly to the President’s decision.

The council chairman then asked the next step INEC would take should the lawmakers override the President to pass the bill into law, as being purported in some quarters. 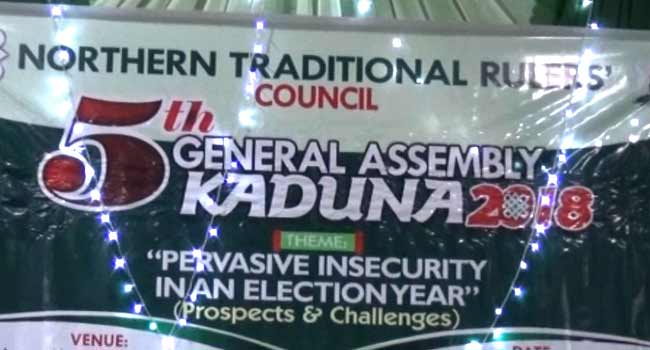 On his part, the Emir of Kano, Muhammad Sanusi II, was concerned about the issue of security during the elections.

He called for the prosecution of election offenders by a special tribunal which he said would reduce incidents of rigging by politicians.

“Elections are never rigged by the electoral body, or by the police, or by security (agencies). Elections are rigged by politicians,” the Emir stated.

The traditional ruler believes there is a need to continue to call on politicians to respect the rule of democracy, as a way of ensuring credible elections.

He also warned those seeking election into political offices against violence and intimidating the electorate during the polls.

The Emir said, “Electoral fraud and rigging do not happen on election day alone. We have seen political parties have rallies and people come out with dangerous weapons, swinging them around and being a threat to the general population.

“You create an atmosphere of fear and intimidation that may stop people from coming out to vote on voting day; that is part of rigging.”

He decried that nothing has been done to address these issues, adding that it was not the first time he would raise such alarm.

Issues raised by other members of the council include poor voter education, election manipulation, insecurity, and logistics challenges, among others.

Professor Mahmood, in his response, informed the traditional rulers that INEC was fully committed conduction credible and fair elections in 2019.

He added that the electoral body would continue to protect the nation’s democratic governance through a credible election process.

The INEC boss, however, blamed politicians who overheat the polity or blackmail the commission whenever the outcome of an election was not in their favour.

I Have A Serious Problem With Oshiomhole – Edo Deputy Governor