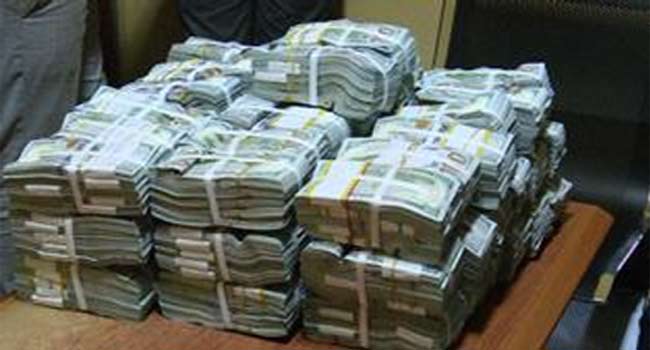 Union Bank has reacted to the seizure of $2.8 million by the Economic and Financial Commission (EFCC) at the Akanu Ibiam Airport in Enugu State.

The EFCC had intercepted the cash at the Enugu airport on Friday from two people, it said were suspected money launderers.

According to the anti-graft agency, the suspects, namely Ighoh Augustine and Ezekwe Emmanuel, allegedly working for a company: Bankers Warehouse, were nabbed based on intelligence report.

It also stated that the suspects confessed to being in the business of conveying cash for “some notable banks”, for over six years and were in the process of doing same for Union Bank Plc, when they were caught.

But in a series of tweets on Friday evening, the bank defended the movement of cash across states, describing it as a legitimate process for all banks.

It also explained that the Bankers Warehouse, is licensed by the Central Bank of Nigeria (CBN) to provide Cash-in-Transit services.

The bank, therefore, criticized the anti-graft agency for releasing a statement without “completing investigations”.

1: Movement of cash across states is routine for all banks.

2: Bankers Warehouse is licensed by CBN to provide Cash-in-Transit services

3: We are surprised by the release of a news bulletin prior to the completion of @officialefcc investigation

4: This is a legitimate and routine operation consistent with banking.