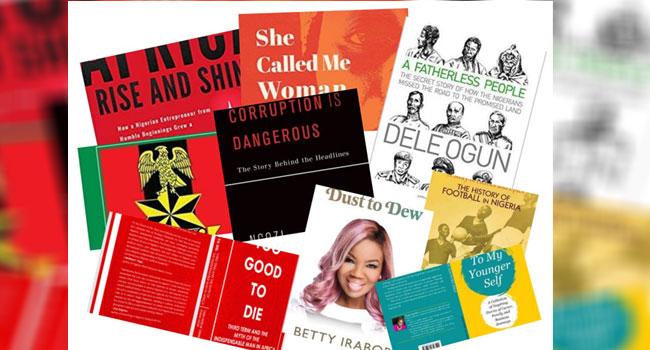 Nigeria’s political sphere has been highly charged in the build-up to the next presidential election and this is very evident even in the books published within 2018, especially the non-fiction category.

From books written by past presidents and former ministers to the works of former military personnel, here is Channels Book Club’s 10-man list of the top non-fiction books for the year in review. 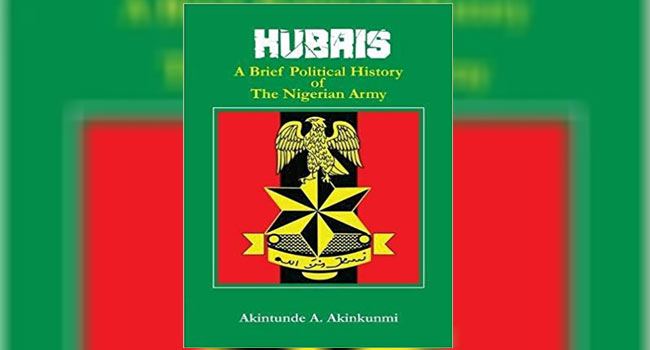 It is impossible to explore any facet of modern Nigerian history or society without the military (and in particular the Army) looming significantly.

While several authors have documented the history of Nigeria, rarely, if ever, has the impact of the politics of Nigeria on the Army, and vice-versa, formed the exclusive subject of study. This book is an endeavor to fill that gap.

It is insightful, educative and yet in some ways, disturbing. From the first coup in January 1966 to the bloody Civil War that started in 1967 to the dictatorial rulership of army generals in the 80s and 90s, this book explores the epic military events that shaped the Nigerian nation.

Akinkunmi, a British – Nigerian who is a doctor, lawyer, and a high ranked officer in the British Army, holds little back as he scrutinizes the many challenges the Nigerian Army has faced as an institution since established by British colonial officers pre-independence.

2. TOO GOOD TO DIE by Ayisha Osori and Chidi Odinkalu 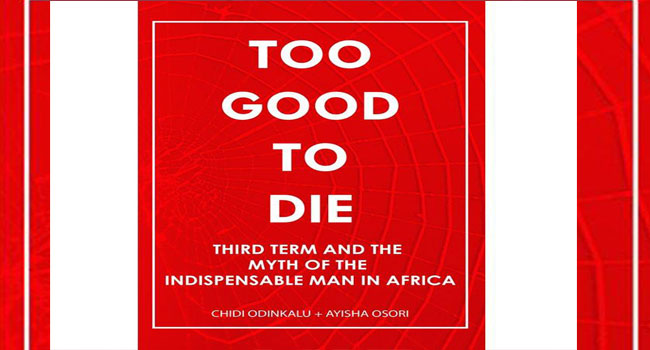 It’s a bold, unsparing, and blunt approach to analysing one of Africa’s most notable, revered and complicated leaders. Did Obasanjo actually spearhead a third term agenda?

Too Good to Die is very much about providing an answer to that question. Depending on which side of the political divide you are in, this book will either get you excited or seething.

Whatever the case, it is one that catches attention as far as exploring contemporary Nigerian political leadership is concerned. 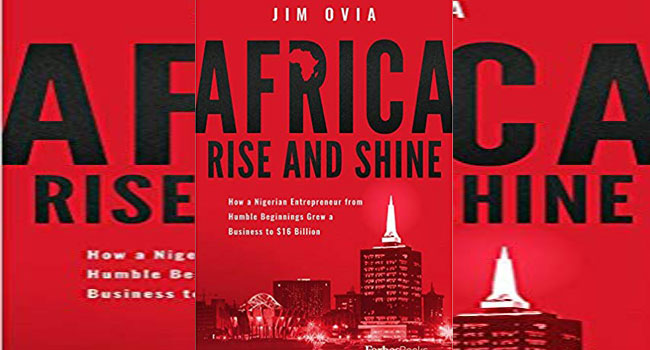 This is the story of one of Africa’s most successful bank entrepreneurs.

Jim Ovia, founder and chairman of Zenith Bank, proves in this book that the unthinkable can be achieved by sharing the story of his meteoric rise from humble beginning to building a formidable banking institution.

In a time of tension between military and civilian regimes, periods of incredible economic instability, and a decaying infrastructure, Jim founded Zenith Bank in Nigeria and with time, grew it into an institution with more than $16 billion in assets. It’s a story of courage and vision. It’s an African success story.

4. THE HISTORY OF FOOTBALL IN NIGERIA by Wiebe Boer 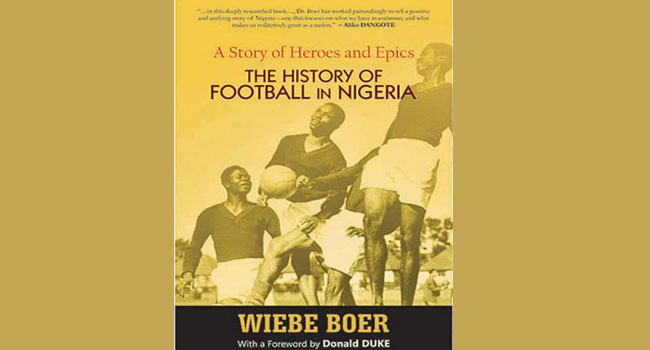 This book reveals the story of how football was introduced to Nigerians by colonial officers and missionaries not just as a sport but as a rallying force for unification and collective development.

It’s a stunning work that tells the Nigerian story in more ways than your average history book.

The earliest football stars, clubs, administrators, promoters, and government officials who laid the foundation for the relationship Nigerians now share with football are unveiled.

In this book. Wiebe Boer, a historian, who was born and raised on Nigeria, through this important book, has helped to preserve a crucial part of the Nigerian story, the story of its greatest game.

5. DUST TO DEW by Betty Irabor 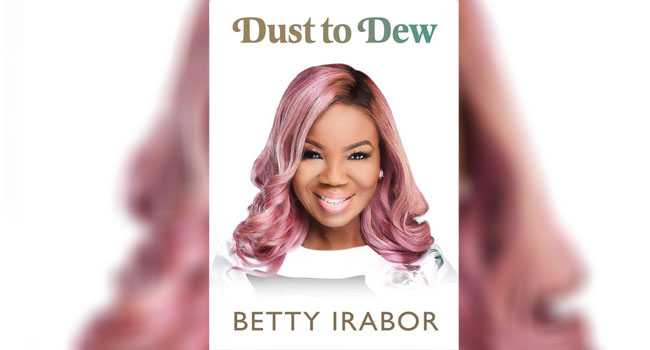 Dew on the other hand speaks of a fresh start of hope renewed. This, in many ways, sums up Irabor’s moving book.

The writer,columnist, editor-in-chief of lifestyle magazine, Genievieve, and founder of Genievieve Pinkball Foundation which promotes breast cancer awareness, packs enough experiences in this book to teach, inspire and motivate.

This is a book you want to pick up when you are ready to give life a push. 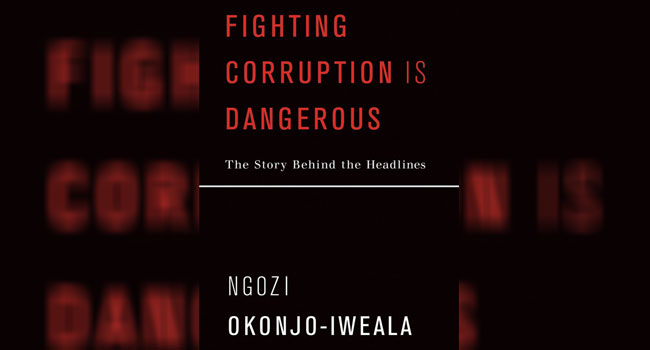 Drawing on her experience as Nigeria’s finance minister and that of her team, Ngozi-Okonjo Iweala, through this book, describes dangers, pitfalls, and successes in fighting corruption.

She provides practical lessons learned and tells how anti-corruption advocates need to equip themselves.

Okonjo-Iweala details the numerous ways in which corruption can divert resources away from development, rewarding the unscrupulous and depriving poor people of services.

Okonjo-Iweala discovered just how dangerous fighting corruption could be when her 83-year-old mother was kidnapped in 2012 by forces who objected to some of the government’s efforts at reforms led by Okonjo-Iweala-in particular a crackdown on fraudulent claims for oil subsidy payments.

This book is also partly a bid to set the record straight in the wake of allegations that trailed her out of office when Mr Jonathan lost elections in 2015 and the government changed hands.

7. TO MY YOUNGER SELF by Ronke Onadeko 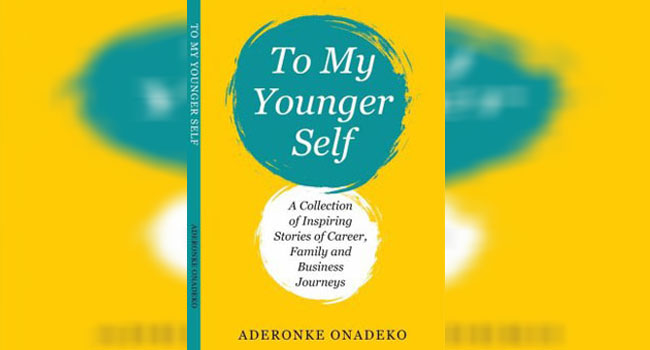 This is simply an inspiring book full of life lessons. It is a collection of stories and letters from 24 outstanding people in Nigeria who narrate lessons learnt in their careers, family and business journeys.

It’s a book for young people, entrepreneurs, and those transiting in their careers to gain clarity by learning from the experiences of others.

8. MY TRANSITION by Goodluck Ebele Jonathan 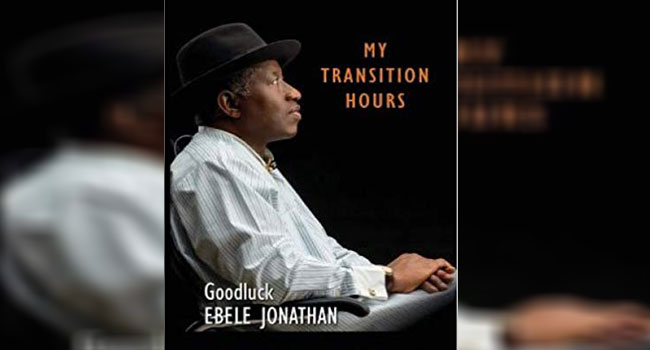 In 2015 President Goodluck Ebele Jonathan did what many consider to be unthinkable, he called the opposition candidate to concede an election whose final results had not been announced.

He could have stirred up trouble, influenced INEC negatively, led a revolt or done any other thing to manipulate the system illegally to ensure he held on to power. Something not uncommon in Africa. But Jonathan chose the path of honour and the rule of law.

This is something both his supporters and critics agree on. In this book, he tells that particular story and others that occurred during his five-year tenure.

It is a compelling narrative but one, as is often the case in politics, that will be received or rejected depending largely on where you sit in the political divide.

9. SHE CALLED ME WOMAN by Azeenarh Mohammed et al 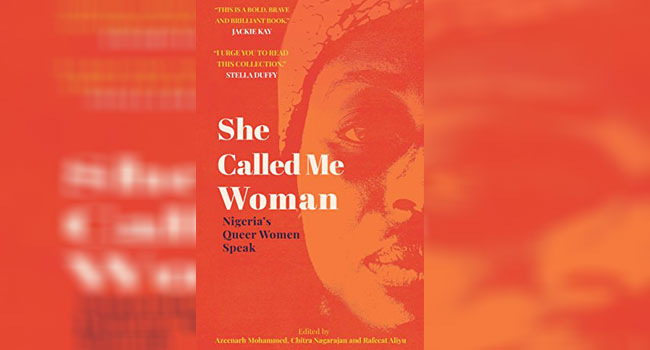 This stirring and intimate collection bring together 30 captivating narratives to paint a vivid portrait of what it means to be a queer Nigerian woman.

Covering an array of experiences – the joy and excitement of first love, the agony of lost love and betrayal, the sometimes-fraught relationship between sexuality and spirituality, addiction and suicide, childhood games and laughter – She Called Me Woman sheds light on how Nigerian queer women, despite their differences, attempt to build a life together in a climate of fear.

10. A FATHERLESS PEOPLE by Dele Ogun 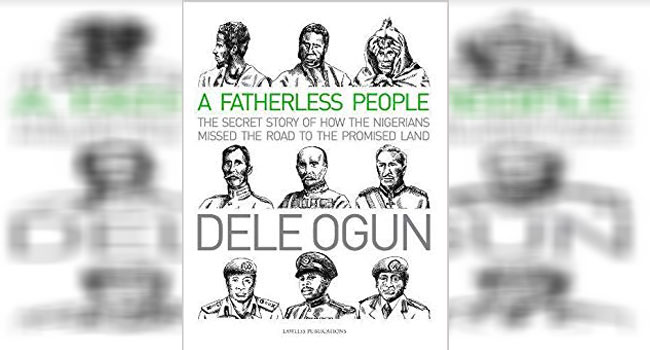 In Ogun’s words, this is the secret story of how Nigerians missed the road to the promised-land.

It tells the story of Nigeria, from its early conceptualisation by British colonialists in the aftermath of the abolition of the slave trade, up to the present day.

It is compelling, controversial, punchy and thought provoking. It raises questions about the motivations behind the abolition of the slave trade and the initialization of colonialism. It accuses colonial masters of setting up colonies, including Nigeria, to fail.

It challenges Nigerians to think about the foundation of their country and the direction it ought to be going in terms of nationhood. It is on one hand, a book about history and on the other hand a manual for development.