There Is Hope For Nigeria, Jonathan Says In New Year Message 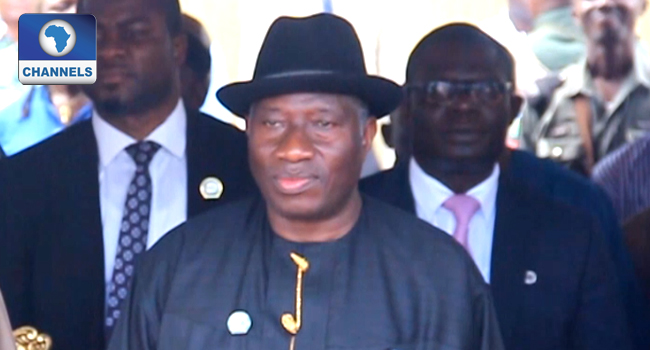 Former President Goodluck Jonathan says there is hope and future for Nigeria, a statement by his spokesperson, Ikechukwu Eze, was quoted as saying.

Jonathan stated this on Tuesday in his New Year address to Nigerians ahead next month’s general elections.

“All I just want to say is that there is hope and a future for Nigeria. We do not just have a New Year, we have a New Opportunity,” he said.

According to the former President, 2019 offers the citizens a new opportunity to aspire for the realization of the dream of a prosperous nation.

He also called on the citizens to “be better citizens who join hands with our fellow Nigerians, irrespective of region and religion, to bring Nigeria ever closer to the dreams of our Founding Fathers.”

While admitting that the nation is faced with numerous challenges, he is however optimistic that Nigeria would surmount them by God’s grace and our collective fidelity to the “Nigerian Dream.”

He wished Nigerians a Happy New Year on behalf of his family.

We Are Not Involved In Any Street Protest – NLC

10 Years Into Jihadist Rebellion, No Reprieve For Nigeria’s Displaced