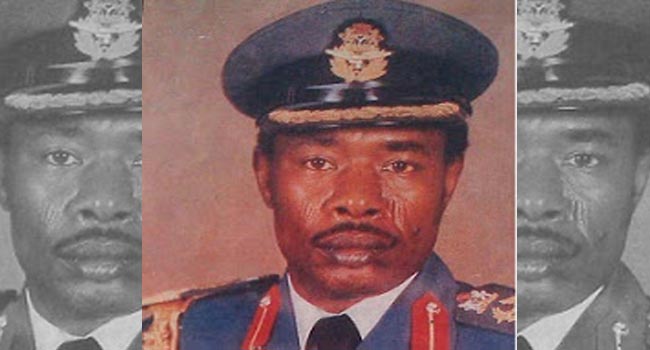 A former governor of Kano State, Hamza Abdullahi, is dead.

The retired Air Vice Marshal died on Wednesday, January 2, in Germany, after a brief illness.

The Hadejia Emirate of Jigawa, his home state, also confirmed the news of his exit in a tweet on its official Twitter handle @Hadejia_Emirate.

Innalillahi wa inna’ilahirraju’un
It is with sadness that we share the news that AVM. Hamza Abdullahi, yesterday died in Germany. We pray Almighty Allah forgive him, grant him maghfira, illuminated his grave, and enter him in to janna and may he forgive us when our time comes. pic.twitter.com/ImhSS2mi7Y

Abdullahi served as military governor of Kano State from 1984 to 1985, while President Muhammadu Buhari was military Head of State.

He was also the Minister of Works and Housing, and later Minister of the Federal Capital Territory.

According to family members, arrangement are being made for the remains of the late military chief to be returned to Nigeria for burial according to Islamic rites.