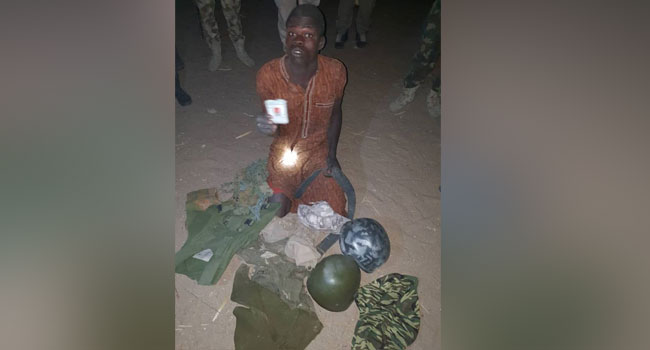 A wanted Boko Haram terrorist has been arrested by gallant troops of 7 Division Garrison.

The troops nabbed the jihadist while carrying out cordon and search operations in conjunction with troops of 195 Battalion, Mobile Policemen and CJTF, in some parts of the fringes of Maiduguri on Friday.

“He has since been moved out of the area for further interrogation,” the statement read in parts.