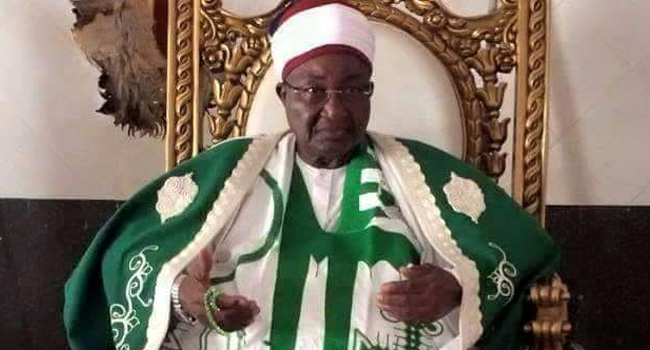 The late Emir of Lafia Emirate in Nasarawa State, Alhaji Isa Mustapha Agwai I who died at the age of 84 on Thursday in Abuja has been buried in his family house at Kofar Kaura behind the palace by 3 pm after the Friday Juma’at prayer.

The funeral prayer was led by the Chief Imam of Lafia, Sheikh Dalhatu Dahiru Aliyu.

Present at the funeral prayer was some top dignitaries including the Governor of Nasarawa State, Alhaji Umaru Tanko Almakura, Emirs and Chiefs from within and outside the state.

The attendees eulogised the late emir emphasizing that they have lost a father who was a man of peace.

According to them, Nigeria and the state, in particular, has lost a man of peace who believes in diplomacy.

The late Emir was the 16th on the throne, crowned in 1974 and served for 44 years as the longest-serving Emir in the history of the Lafia emirate council.

Alhaji Isa Mustapha Agwai I was the former Chancellor of Abubakar Tafawa Balewa University, (ATBU), the chancellor of University of Technology, Akure and Federal University, Utuoke in Bayelsa State.

He was the Vice Chairman of Jama’atu Nastril Islam, (JNI), Chairman of JNI in Nasarawa State and National Vice chairman of the Supreme Council for Islamic Affairs in Nigeria, (NSCIA).

Markets, shop, and trading activities were on stand still and some commuters plying the Eastern part of Nigeria were stranded forcing them to boycott the major roadblocks mounted by security operatives in the state to ease traffic congestion from people coming to Lafia to attend the funeral.

Al-Makura Advocates For Inclusion Of Special Education In Lafia University