Bayelsa State Governor Seriake Dickson has offered employment to the wives of two Bayelsa-born pilots who were killed earlier this year in a helicopter crash, during combat with Boko Haram insurgents in Borno State.

The governor, according to a statement by his Special Adviser on Media Relations, Fidelis Sorowei, made the pronouncement during his visit to one of the widows, Mrs Diepreye Inokoba Jacob, on Monday.

Governor Dickson also offered employment to the wife of the second pilot, Lieutenant Owei, who died in 2016, when the Commander 115 Special Operations Group, Port Harcourt, Air Commodore E Ebiowei, drew his attention to it.

The governor said the automatic employment was the state government’s modest way of encouraging and rallying support for the relatives left behind by the indigenes of the state who got killed in active service to their fatherland.

He described the late pilots as heroes whose services were a source of pride to the Ijaw nation.

“We are very proud of the services and the sacrifices that our departed young heroes made. We hereby announce automatic employment for the wife.

“We hear you are doing your National Youth Service, you will get your letter of employment as soon as you complete your compulsory service to the nation.

“The Base Commander has told us that another officer, flight Lieutenant Owei also died while fighting in the North East. I hereby announce immediate employment for his widow.

“This is our modest way of encouraging our people in the service of this nation. Our people, from the beginning, have stood for Nigeria. We have been doing that and we are not going to get tired to demand that Nigeria does what is right for us too,” he said.

The governor had earlier paid a condolence visit to the Chief of Air Staff, Air Marshal Sadique Abubakar, on January 11, 2019, to condole with the NAF on the death of the pilot.

During the visit, Dickson called on leaders and Nigerians to support the Armed Forces in the ongoing campaign against the Boko Haram in the North East.

The Governor was accompanied in the visit to the widow by a former Member, Armed Forces Ruling Council, AVM Larry Koinyan, (Retd), Former Managing Director of the Niger Delta Development Commission, Timi Alaibe, Former Deputy Inspector General of Police, Mike Zuokumor, and others.

In his reaction, the spokesman for the family, Mr Oloice Kemenanabo, described the late pilot as among the best in the country before the sad occurrence.

He thanked the governor for the visit which he said brought so much succour to the grieving family.

Two pilots of the Nigerian Air Force (NAF) and three other personnel aboard a military helicopter were killed earlier in a helicopter crash at Damasak, on January 2, 2019.

They were later buried on Tuesday, January 8.

Speaking during the burial ceremony, which had in attendance the Honourable Minister of Defence, Mansur Dan-Ali, the Chief of Air Staff (CAS), Air Marshal Sadique Abubakar, said the five gallant heroes lost their lives in the pursuit of the peace which we often take for granted.

Photos from the burial ceremony of the slained NAF officers… 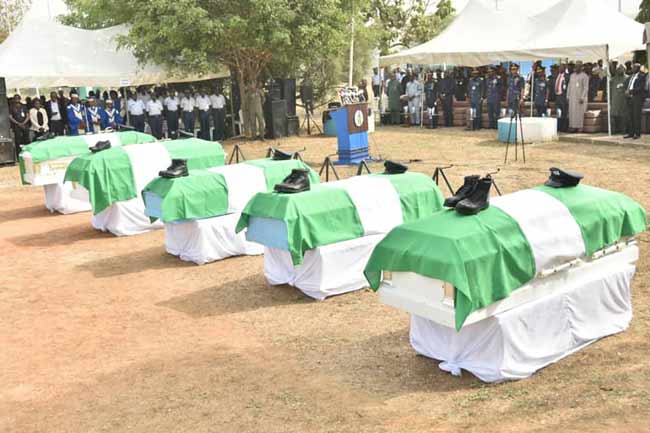 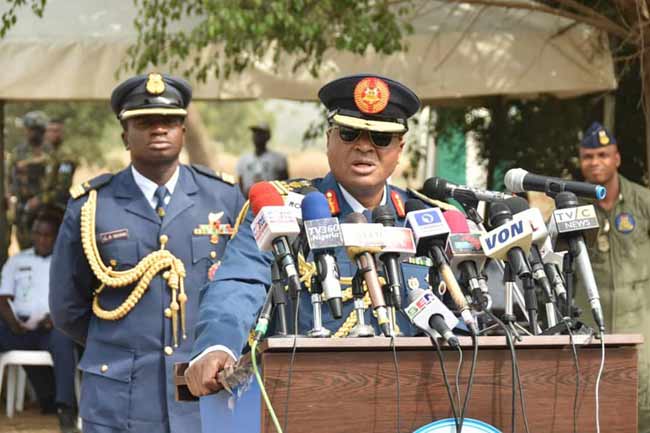 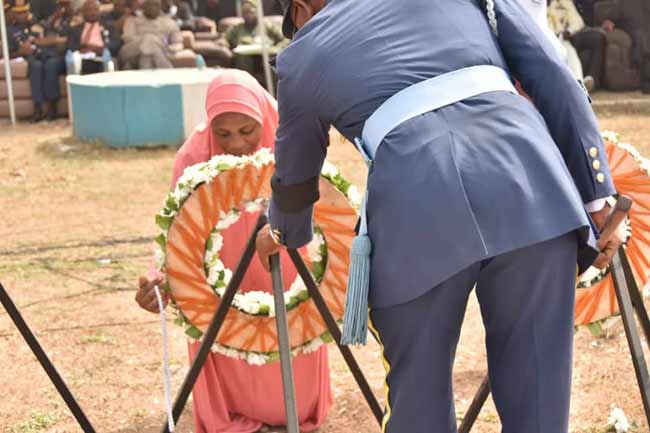 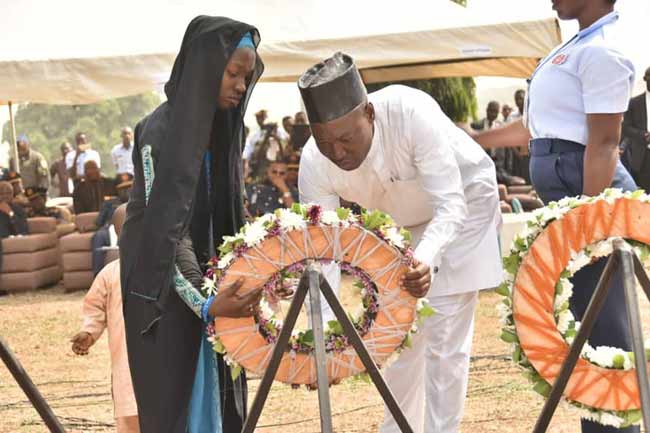