Okowa Faults Onnoghen’s Suspension, Says Due Process Was Not Followed 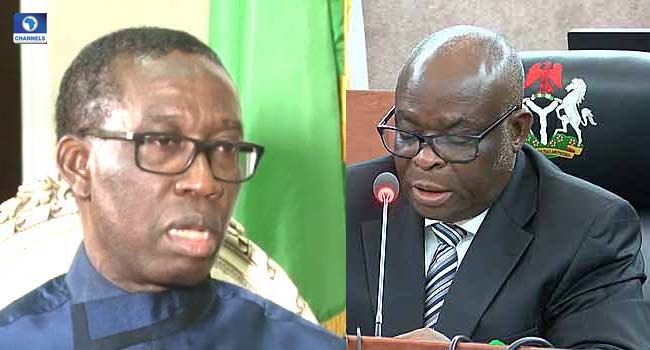 Governor Ifeanyi Okowa of Delta State has faulted the suspension of the Chief Justice of the Federation, Justice Walter Onnoghen, by President Muhammadu Buhari.

In a recent interview on Roadmap 2019 which aired on Channels Television on Monday, the governor said due process was not followed.

“I am not a lawyer but I know that from recent judicial pronouncements, anything involved in officers of that caliber or officers within the judiciary is supposed to first be tried by the National Judicial Council (NJC) for processes, a further process for prosecution,” he said.

“This process was not followed through and there are court decisions on that. And that appears to be ignored. You will realise that for several years, no person from the South-South has got to that position of authority. It is important that we speak out for one of our own. We say follow the due process if the court pronouncement has said that this is the process that we ought to undertake.”

Okowa also revealed that himself and other governors were worried because the laid down processes were not adhered to.

According to the President, the development was based on the request of the Code of Conduct Tribunal, pending the completion of Onnoghen’s trial.