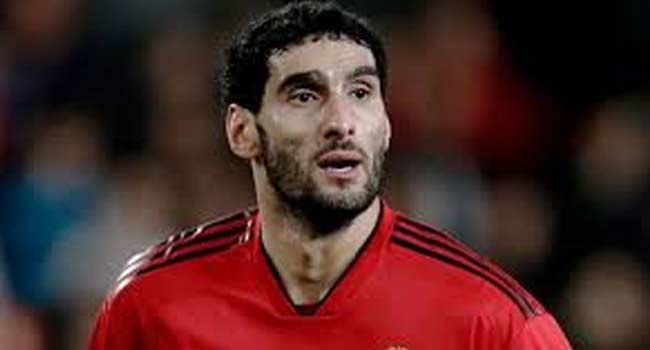 Manchester United announced on Friday that midfielder Marouane Fellaini has left the club to join China’s Shandong Luneng on a permanent transfer.

The Belgium international, 31, arrived at Old Trafford from Everton in August 2013 and went on to make 177 appearances throughout five-and-a-half seasons at United, scoring 22 goals.

“Everybody at United thanks Marouane for his service and wishes him well for the future as he completes his move to Shandong Luneng Taishan FC in China,” said a statement on United’s website.

The former Everton player, who last year signed a new and improved deal until 2020, was a key figure at Old Trafford under previous manager Jose Mourinho.

But he has featured only once, as a late substitute, in United’s seven Premier League games since Mourinho was sacked and Ole Gunnar Solskjaer brought in as caretaker manager.

Shandong finished third in the CSL last season, 10 points behind champions Shanghai SIPG, and were runners-up in the Chinese FA Cup.

Graziano Pelle, the 33-year-old Italian striker, signed for Shandong from Southampton in July 2016 for about £13 million ($17 million).

Brazilians Hulk and Oscar, the latter purchased from Chelsea two years ago for an Asian-record 60 million euros ($69 million), are among those playing in China and were central to SIPG’s maiden CSL title last season.

The new season begins on March 1.

The Hardest Part Is Behind Me, Fellaini Says As He Beats COVID-19