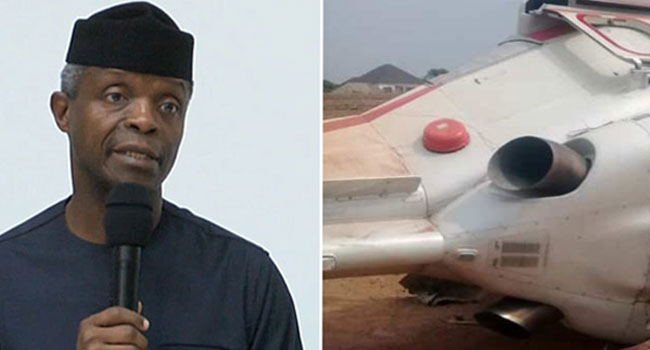 The company says it is however still investigating the incident and the helicopter management company will support the authorities as required.

The company also confirmed that there were no injuries to the passengers or crew onboard and they were all quickly and safely evacuated. 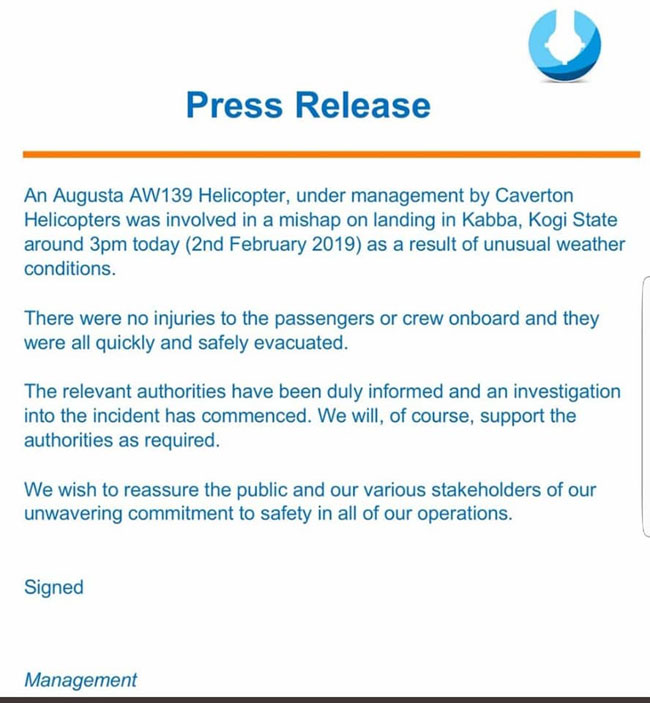 Earlier on Sunday, the Nigerian Air Force (NAF) said that the helicopter carrying Vice President Yemi Osinbajo, which crashed yesterday in Kogi State, was not part of its fleet.

According to a statement by its spokesman, Air Commodore Ibikunle Daramola, Sunday morning, NAF also said that the crashed aircraft was not from the Presidential Air Fleet (PAF), as erroneously insinuated in some quarters.

NAF asked the general public to disregard all false news and the misleading videos which suggest that the helicopter belonged to Air Force of PAF.

Climate Change: We Are Happy U.S. Is Fully Back On Board – Osinbajo