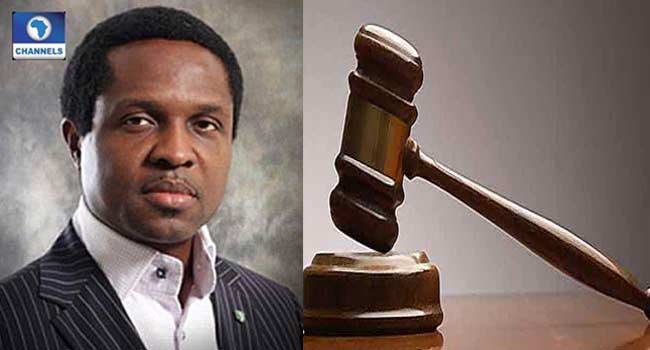 A governorship aspirant in Rivers State, Mr Tonye Cole, has reacted to the ruling of an appellate court which granted a stay of execution of the judgement nullifying all primaries of the All Progressives Congress (APC) in the state.

In a statement he personally signed on Monday, Mr Cole described the ruling of the court as one “placing all APC candidates back on the ballot” in the state.

He lauded the ruling moments after the Court of Appeal sitting in Port Harcourt stayed of execution of the Federal High Court judgement nullifying all Rivers APC primaries and restraining the Independent National Electoral Commission (INEC) from fielding the party’s candidates in the general elections.

Cole said, “I just want to take a minute to thank the Almighty God for his grace upon us all. I know without Him, this would be totally impossible.

“We were up against it. We still are but our God who has been with us throughout this journey will see us to the end.”

“I want to spare a thought for the brave judges and the entire judiciary for simply standing firm on the side of justice. We have faith in you,” he added.

“To all our supporters and leaders in the APC, I want to say a big thank you for keeping the faith. The times have been tough – I know, but you have shown that with God, we are already winners.”

The APC governorship aspirant further asked the people of the state not to be afraid, saying nothing good comes easy.

He said the ruling was “one giant step to the promised land”, nothing that necessary measures have been put in place to inform the electoral umpire about the ruling.

“We have taken immediate steps to serve INEC by tomorrow with the ruling which will see APC back on the ballot box in time for the elections,” Cole stated.

He also took to Twitter to laud the appeal court judgement.

I thank God almighty for his faithfulness. I sincerely appreciate the Court of Appeal for their credible judgement, I am grateful to @APCNigeria for their steadfastness and I thank the people of Rivers state for their unwavering belief. #OneVictoryDeservesAnother #WeGoDoAm pic.twitter.com/BM1FGKB19N

As we celebrate today’s victory, we must not lose sight of the other hurdles we must scale to get to the Brick House. Type #WeGoDoAm if you agree that our victory is of the Lords’. #OneVictoryDeservesAnother #Rivers2019 #PoliticsOfPeace pic.twitter.com/wXsbXrbKkC