Campaign Billboards Damaged In Taraba Ahead Of President Buhari’s Campaign 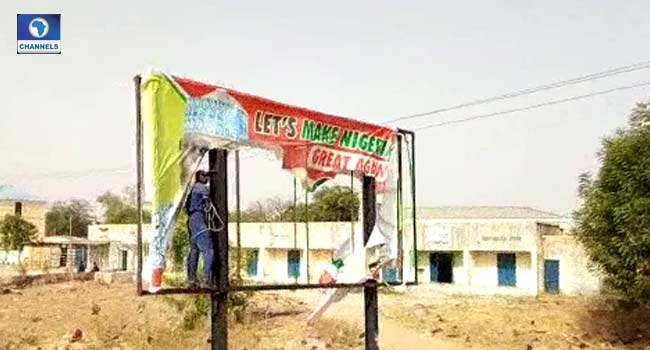 Unknown thugs destroyed campaign billboards in Taraba on Thursday ahead of President Muhammadu Buhari visit to the state.

The president’s visit was for the continuation of the presidential campaign of the All Progressives Congress (APC).

Residents of Jalingo, the Taraba State capital, reportedly woke up today to find many of the campaign billboards belonging to both the APC and the Peoples Democratic Party (PDP), damaged by yet-to-be-identified persons.

READ ALSO: We Have Done Quite Well In Security, Buhari says in Ekiti

The residents who confided to Channels Television expressed fears over the development, especially following sounds of gunshots heard in the early hours of the day.

Neither the police nor party representatives have made any comments regarding the destruction of the party banners. 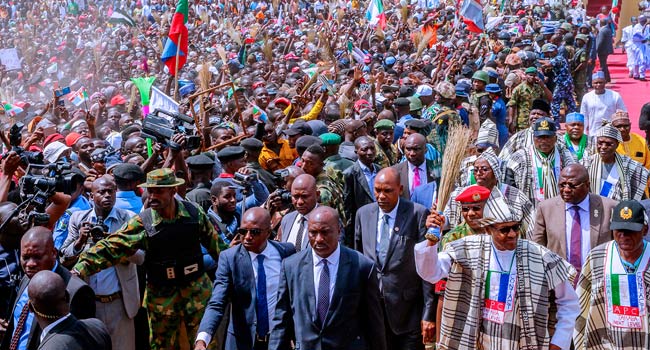 President Buhari who is seeking re-election for another term in office wooed the electorates in the state ahead of the February 16 presidential elections.

After his visit to Taraba, the President’s campaign train headed down to neighbouring Adamawa state.