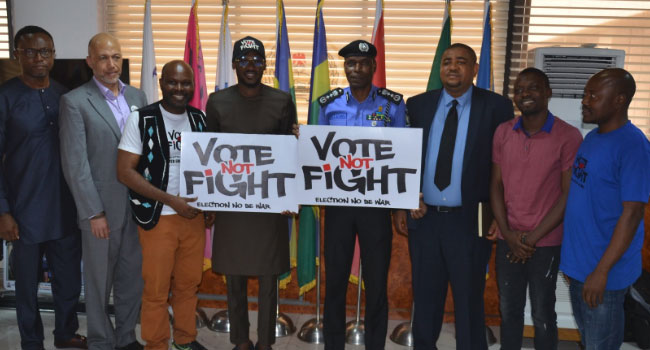 2baba who is the founder of 2Baba Foundation and Ambassador, Vote Note Fight Campaign told the police boss that “Nigerian youth are saying NO to electoral violence. They have stated their firm resolve to shun violence during the February, 16th and March 2, 2019, general elections.”

According to 2Baba, Nigerian youths made these commitments to him during his activities on the Vote Note Fight Campaign in 2017, 2018 and 2019 to promote peaceful elections in the coming polls.

About the Vote Not Fight Campaign, 2Baba said: “The Vote Not Fight: Election No Be War is a non-partisan and youth-focused voter education campaign that has been promoting constructive youth participation in Nigeria’s political processes since the 2015 general elections.”

2Baba said that Nigerian youths under the auspices of the #VoteNotFight campaign made some demands from the police.

Some of the demands made according to 2baba include:

“The police should be fair to all political parties without any form of bias in the discharge of their responsibilities before, during and after the election day.

“The police should promptly arrest and prosecute all electoral offenders including political actors and elected officials without immunity.

“The police should provide adequate security during the voting process and do not allow ballot boxes and other election materials to be hijacked by politicians or hired political thugs.

“The police should train officers to be civil and allow every voter to exercise its constitutional rights without any form of intimidation or restriction during the election.

The police should work closely with the Independent National Electoral Commission (INEC) to ensure a rapid response to distress calls by voters, election officials and election observers. 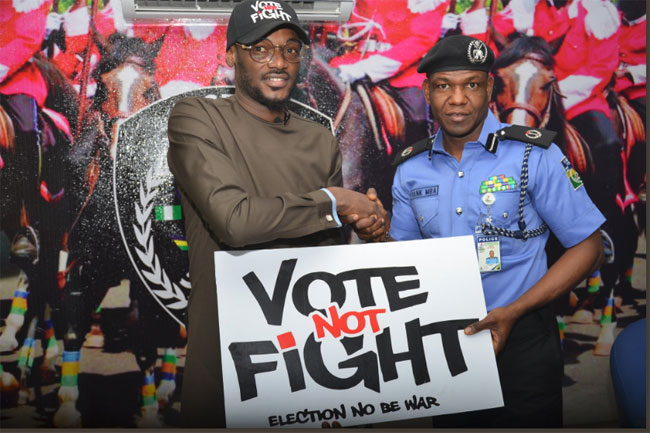 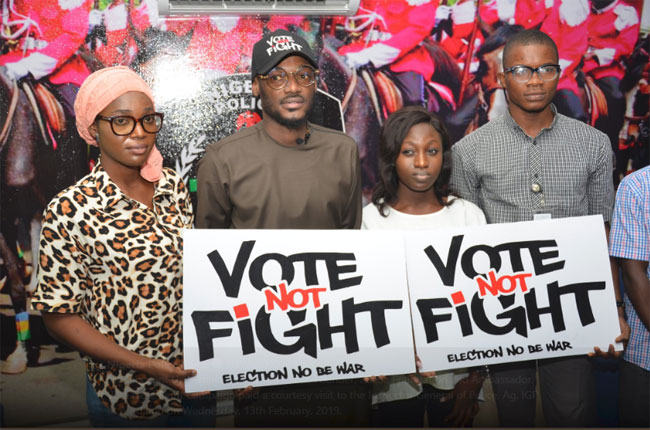 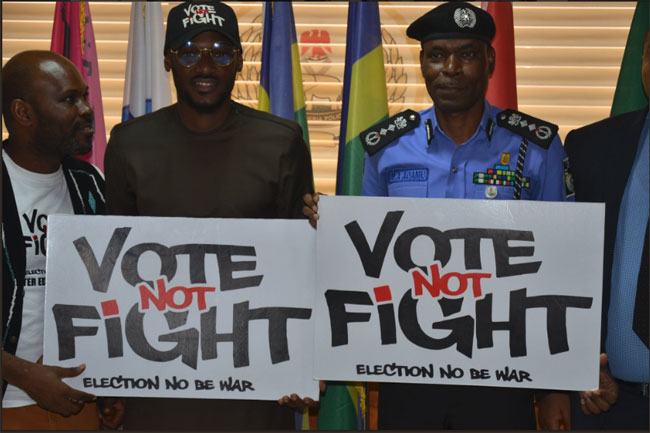