How Terror Attacks Threaten To Deprive IDPs Their Franchise In Adamawa 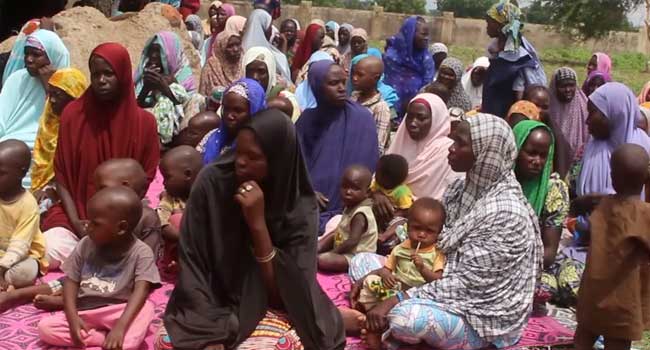 A few weeks ago INEC in conjunction with the European Union had expressed concerns over the non-inclusion of a reasonable number of Internally Displaced Persons (IDP) living in the two IDP camps in Yola, Adamawa state.

The event was to sensitize the IDPs for the general elections.

It is now a few hours before the first ballots are cast, the question then is, ‘what preparations have been put in place to ensure that those with updated permanent voter cards have to the opportunity to elect their own leaders?’.

The two IDP camps in Adamawa state have a population of about 2600 persons including women and children.

Out of this number, about 900 IDPs in the two camps of Malkohi and Fufore have their PVCs.What is however worrisome is that less than twenty persons at the Malkohi camp will be able to exercise their franchise by casting their votes in polling units in the nearby communities.

A large number of them were not able to transfer their polling units because, according to them, they were shut out of the revalidation process.

The woman leader at the Malkohi IDP Camp in Yola, Mrs Fatimah Hassan said she registered for the elections in Marraraba Mubi and had to escape from Boko Haram to this camp at the peak of insurgency.

“I don’t know if there is an arrangement to take us to Mubi because since yesterday I was prepared to go and cast my votes. There are others who are also in the same condition with me in this camp but we cannot participate” she lamented.

She, therefore, appealed to the government to assist the IDPs in possession of their PVCs to return to their units to vote for their leader.

When they started the revalidation exercise we were not informed that there will be elections, we were completely forgotten. This card is the one we escaped with from Boko Haram invasion.. This is what am holding now. We are treated as if we are not Nigerians at all.

Some of the eligible voters in the Malkohi IDP camp express their frustration over this development.

” We had series of meetings on our participating in the elections by those of us in this IDP camp. Those of us with the PVCs will go to communities around Malkohi camp to cast our votes.”

” It is now certain that those eligible to participate in the elections will not be allowed by INEC because of the Inability of the authorities to include them in the exercise.”

The INEC Director of Publicity Mrs Rifkatu Maxwell while reacting to the inability to capture the IDPs said sometimes ago INEC had a voter registration for eighteen months before it was closed.

She argued that the responsibility of letting INEC know of the case of the IDPs lies I’m the hand of Adamawa state Emergency Management Agency and NEMA.

According to her, these agencies did not draw the attention of INEC to a large number of IDPs with this problem. If they have been notified INEC will have taken action, she concluded.

As things are, less than twenty persons are now eligible to participate in tomorrow’s presidential election if information from the IDPs is anything to go by.