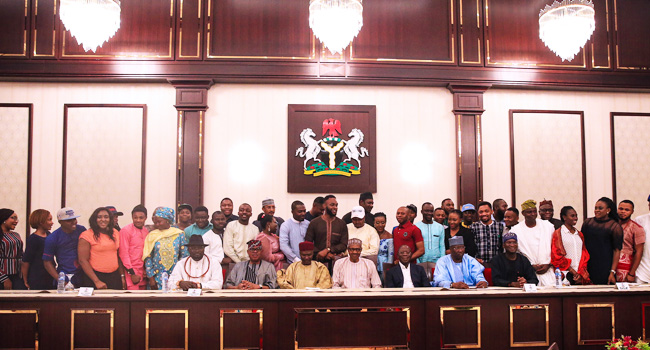 President Muhammadu Buhari has hosted some youths from his campaign council to a dinner following his victory in the Presidential elections. 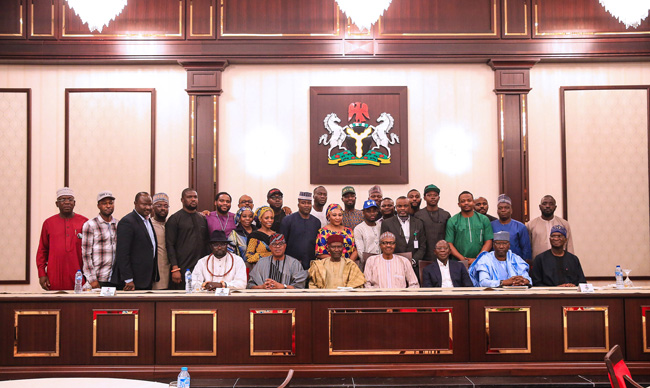 The private dinner took place at the banquet hall of the State House in Abuja on Wednesday evening, with the Minister of Works, Power and Housing, Mr Babatunde Fashola, leading the group. 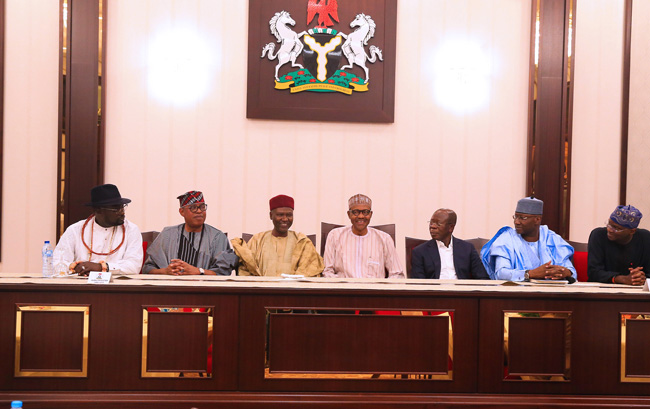 Speaking to Channels Television, the minister explained that the visit was a way of appreciating the efforts of the young people. 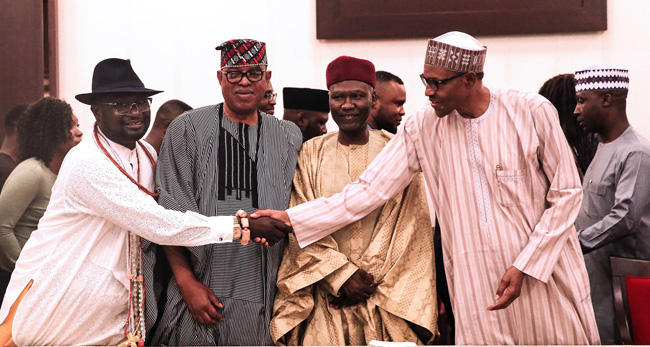 He also believes the invitation puts meaning to the Not Too Young To Run bill recently signed by the President while giving the youths a sense of ownership. 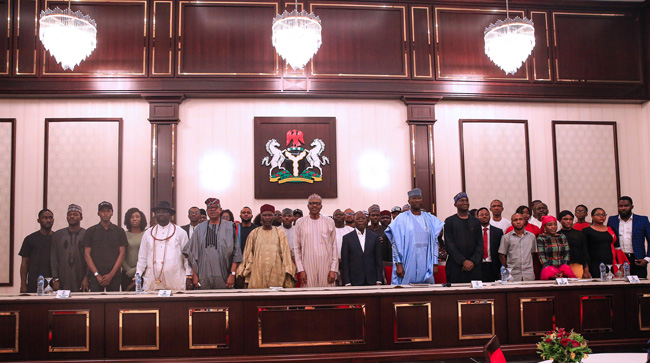 “The way to victory was littered with the sacrifices of so many young people and to appropriately call them to this place to have a short cocktail and a thank you meeting with them and I think that it would inspire those children in no small way.

“It’s a privilege to be in this place. Not many in their lifetime will ever get the privilege to enter into the villa and it puts meaning to the Not Too Young To Run bill that the president signed and the commitment to developing Nigeria from the base right through to the top and to build a country where everybody feels a sense of ownership and through these young people, there’s so many other people in the various states and local governments but I think through these privileged few, so many of them will feel this sense of ownership that this country truly belongs to them and there’s a place for everybody”.