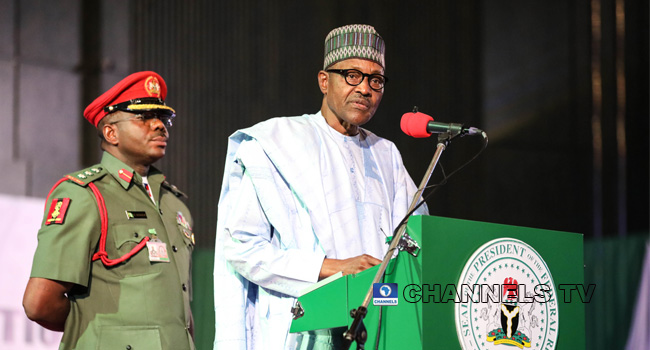 The forum in a statement jointly signed by the leaders of the Pandef, Afenifere, Ohaneze Ndi Igbo, Middle Belt said it had reviewed major developments and management of the electoral process which led to the announcement of the election results.

They commended the Presidential candidate, Atiku Abubakar for his statesmanship and commitment to the democratic process but charged him to challenge the results in the court as provided by the constitution.

“We see his decision as patriotic, responsible and ultimately the highest contribution to the democratic system.

READ ALSO: Atiku Made No Demands Of Buhari, PDP Insists

“The Forum observes that the elections have revealed massive irregularities and outright abuse of the electoral laws, the rules and regulations of INEC as well as the failure of security forces to remain neutral and operate within the highest standards of their calling.

“The Peace Accord was ridiculed by deliberate and open abuse of organs of the state, the denial of rights of many citizens to vote and blatant abuse of all the commitments made by the administration.

“To decline to challenge obviously fictional figures, failures to respect key elements of the electoral process such as the use of Smart Card Readers and preventing agents and observers access to all processes is to condone the massive setback which this election represents for the country.

“The outcome of the elections was clearly premeditated in the refusal of the President to sign the Electoral Act and the orchestrated suspension of Justice Walter Onoghen as the CJN shortly before the composition of Electoral Tribunals”.

The Forum called on the judiciary to uphold the highest standards of integrity and commitment to its hallowed role by doing justice to the appeals that will come before it knowing that the eyes of the world would be on them.

“We are aware that attempts are being made to demoralize and intimidate the judiciary to remove a conducive context for litigations.

“We remind the judiciary that it is the last defence of our democratic process.

“We recall that in endorsing the candidature of Atiku for the election ,we did anchor our support on identifying a candidate among many good candidates we interacted with who can retool Nigeria to move on the path of development as a true federal entity, the pattern of voting in areas where there were semi-free elections showed an overwhelming endorsements of our position by popular votes.

“And the results of the poll have shown further a badly divided polity that needs a unifier and not a divisive person as a Leader.

“We insist Nigerians must stand firm and ensure are governed by a legitimate leadership”, the statement added.