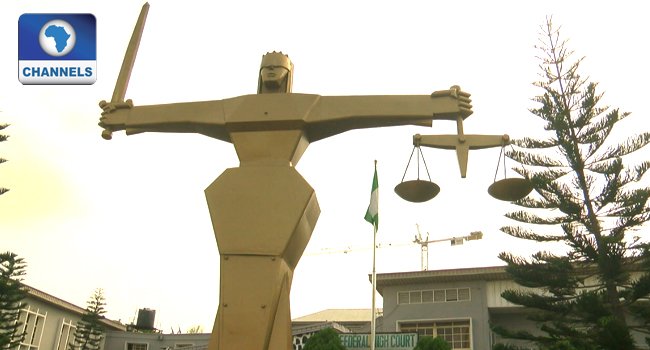 A High Court of the Federal Capital Territory (FCT) in Abuja has granted an order restraining the Independent National Electoral Commission (INEC) from conducting re-run elections in parts of Lagos State.

Justice Bello Kawu granted the order on Friday following an application filed by a member of the House of Representatives representing Ajeromi-Ifelodun federal constituency, Rita Orji, and the Peoples Democratic Party (PDP).

In a motion ex-parte, Ms Orji had prayed the court to restrain the respondents from going ahead with the planned re-run elections in Awodi-Ora, Wilmer Oladi, Tolu, Ojo Road, Mosafejo, and Remidire II wards of Lagos State, pending the hearing and final determination the suit.

Justice Bello granted the application and made the order sought by the applicant.

He also adjourned the matter till March 21 for hearing.

See the documents from the court below; 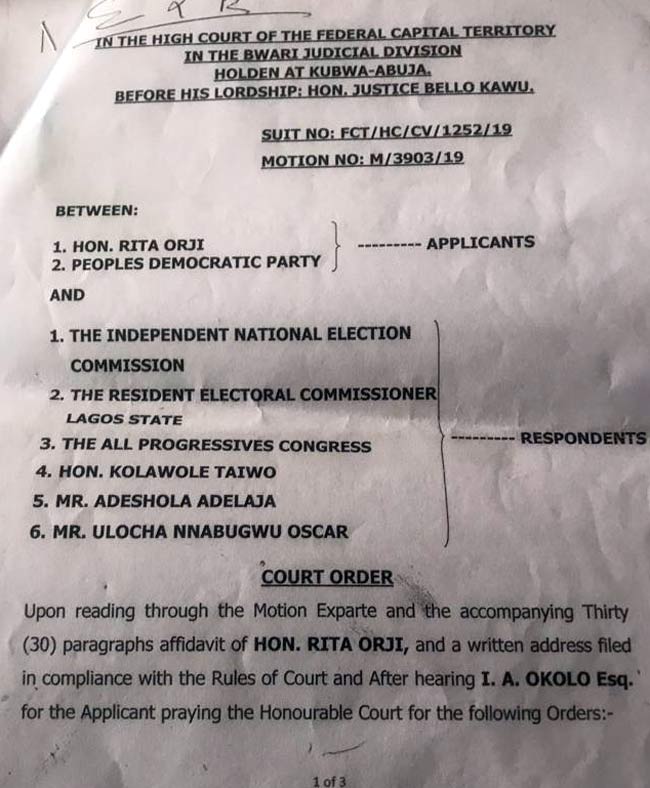 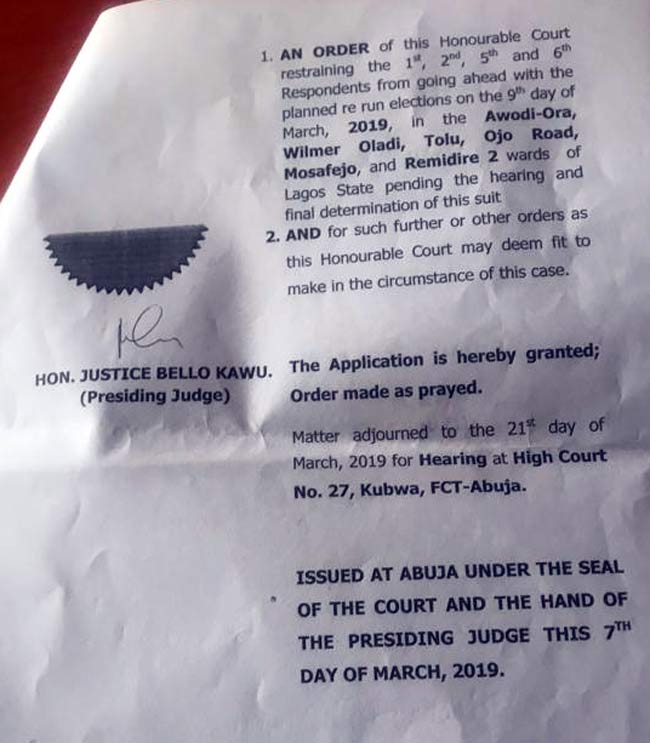