The Independent National Electoral Commission (INEC) has fixed March 23 to conduct supplementary elections in the six states where the governorship election was declared inconclusive.

INEC National Commissioner and Chairman, Information and Voter Education Committee, Mr Festus Okoye announced this in a statement on Tuesday.

Winners have already emerged in Imo, Ogun, Kaduna, and 19 other states.

According to the statement, the supplementary polls were necessary to conclude the process in the affected states.

The electoral umpire also disclosed that supplementary polls will take place in polling units in all the states where the State Assembly election was declared inconclusive.

It explained that the elections were declared inconclusive for various reasons, such as the discontinuation of use of card readers midway into the exercise, among others.

INEC said it considered a report submitted by the Resident Electoral Commissioner for Bauchi State on the disruption of the collation at a centre in one of the local government areas.

It added that a team led by a national commissioner was set up to investigate the issues raised and ensure that they were resolved. 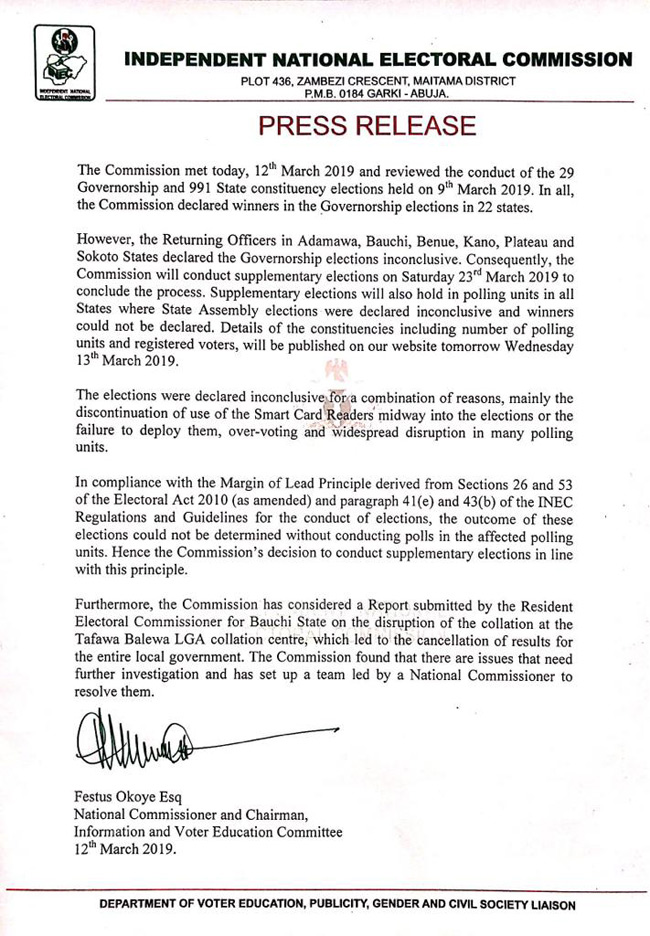