House Of Reps APC Caucus Seeks Electoral Reforms Ahead Of 2023 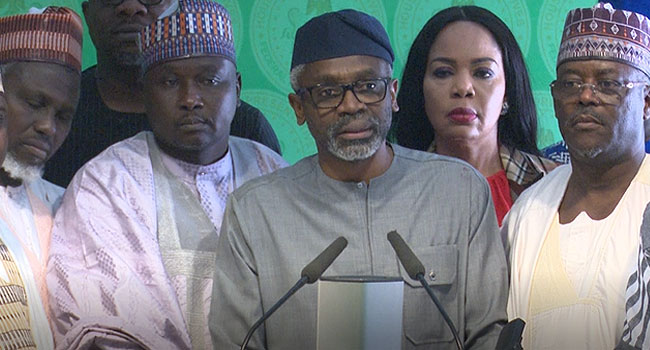 The All Progressives Congress (APC) caucus, in the House of Representatives, says proper legislation will be made to retool the electoral law for a better process in the future.

Speaking on behalf of the caucus at the National Assembly on Tuesday, the House Majority Leader, Femi Gbajabiamlia, noted that legislative improvements in the Electoral Act would be made ahead of the 2023 General Elections.

He said, “Reform is a continuous process, until we get to that stage of perfection. There are no perfect elections anywhere in the world; the most advanced democracy in America, we saw the issues.

“So we will continue to reform, and there are reforms; things to be done. So we’ll look at it wholesale, so that by 2023 we present an even more perfect, if not completely perfect, at least a near perfect electoral law.”

While commending the Independent National Electoral Commission (INEC) for what he described as fairly credible elections, Mr. Gbajabiamlia noted that the country must strive for perfection.

“We congratulate the INEC. Despite the hiccups, the umpire gave us fairly credible elections. But as a country, we must strive for perfection and try to do better. In this regard, the legislature is key in retooling the electoral process and perfecting it going forward.

“Most especially, we congratulate the Nigerian people for keeping faith with our democracy and electoral process which can only get better as we progress.

He asked INEC to do the needful and speedily re-conduct elections in those areas, where the elections were declared inconclusive so that the nation could move forward.