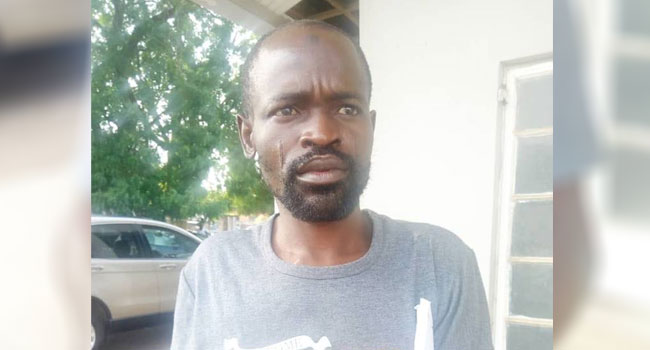 Afolayan is facing a four-count charge bordering on impersonation, job scam, and obtaining money under false pretence. He was arrested by EFCC operatives on March 5, 2019 following complaints from one of his victims.

Trouble started for him when a staff of the Customs Service, Hasaan Garba Muhammed petitioned the EFCC, accusing him of defrauding innocent Nigerians seeking employment into the Service. He was said to have defrauded them of about N1m.

One of the counts reads: “That you, Yakubu Azeez Afolayan, between the months of November 2018 and January 2018 in Ilorin, within the jurisdiction of this honourable court, with the intent to defraud, obtained the gross sum of N267,000 (Two Hundred and Sixty-seven Thousand Naira) only from one Usman Janet Opeyemi through your UBA account number under the false pretence that you are capable of securing employment for her son with the Nigerian Customs Services; the representation you knew to be false and thereby committed an offence contrary to Section 1 (a) of the Advance Fee Fraud and other Fraud Related Offences Act 2006, and punishable under Section 1 (3) of the same Act.”

He pleaded “not guilty” to the charges.

The counsel to the EFCC asked the court to give a date for trial, for the prosecution to prove its case, and to order the remand of the defendant in prison.

The counsel to the defendant, however, moved an oral application for bail, which was turned down by the Judge.

Justice Abdulgafar, thereafter, ordered that the defendant be remanded in Oke-Kura Prison, and adjourned to March 19, 2019, for the hearing of the bail application.