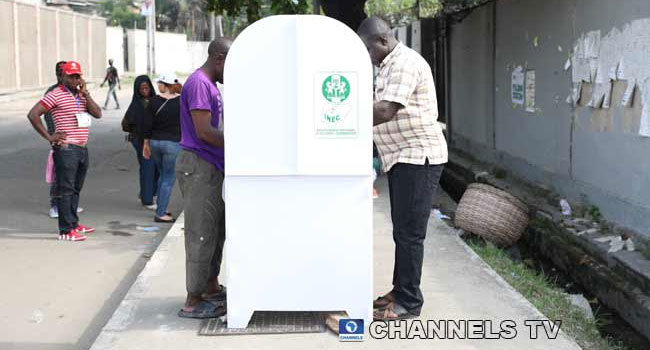 The Independent National Electoral Commission (INEC) says it has concluded arrangements to conduct a supplementary election in Lagos State.

INEC’s Resident Electoral Commissioner in the state, Mr Sam Olumekun, announced this in a statement on Thursday.

According to him, the exercise will take place in nine polling units of Ibeju-Lekki State constituency I.

Olumekun explained that the election became inconclusive as a result of over-voting in the nine polling units covering two registration areas of the constituency.

He said INEC had met with all the relevant stakeholders in the area, including the political parties and affected candidates, as well as the Inter-agency Consultative Committee on Election Security (ICCES) for the local government and other interested groups.

“Only voters with valid permanent voter’s cards within the constituency will be allowed into the polling units to vote,” the REC stated.

He disclosed that sensitive materials would be moved from the Central Bank of Nigeria (CBN) to the local government area on Thursday, in the presence of the representatives of various political parties and security personnel.

Olumekun added that the training of ad-hoc staff for the supplementary election was ongoing at the Registration Area Centre (RAC).

See the full breakdown below:

I.) Open space in front of Baale’s house at Muserikogo-polling unit 002