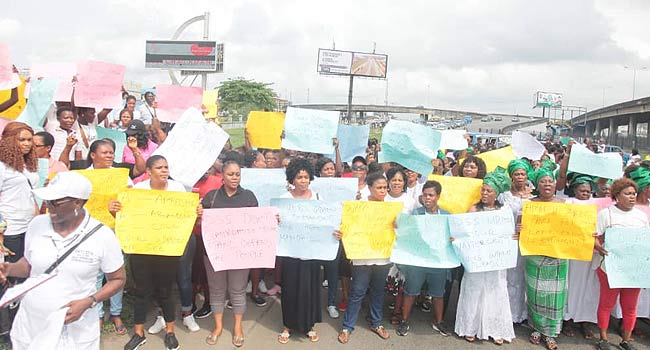 Rivers Women from the 23 Local Government Areas of the state have called on the Independent National Electoral Commission ( INEC) to conclude the Collation Process for the Governorship election and declare Governor Nyesom Ezenwo Wike duly re-elected.

They also demanded that the Resident Electoral Commissioner of INEC in Rivers State, Obo Effanga be allowed to conclude the Collation Process, since he conducted the 2019 General Elections.

The Rivers Women were mostly dressed in White to signify peace and their commitment to the peaceful conclusion of the 2019 General Elections.

They embarked on a peaceful March to the State Headquarters of the Nigerian Police and the Department of State Services (DSS) warned the Nigerian Army to stop forthwith the Intimidation of the Rivers people.

The women who were in their thousands held placards with the following inscriptions: “Amaechi you cannot be Governor for a third term “, “Nigerian Army should stop intimidating Rivers people”, “Leave Rivers REC Alone” and “INEC must conclude Collation of Rivers Governorship Election results “. 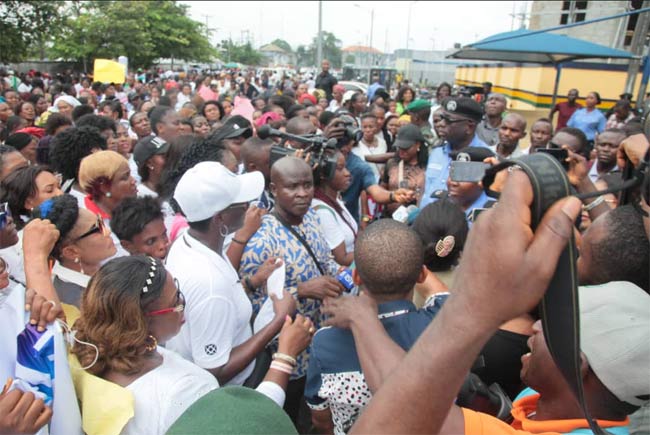 They stated that they overwhelmingly voted for Governor Wike across the state and in most cases they stayed at the Collation Centres to defend their votes, despite the threats by some security personnel and hoodlums.

Leader of Rivers Women, Mrs Ukel Oyaghiri said that the process of Collation and Declaration of Results must be concluded as unnecessary delay is no longer appreciated.

“We want our results to be declared . We don’t want further delays . The state is at a standstill because of the non release of our results. This delay is becoming dangerous.

“The Resident Electoral Commissioner, Obo Effanga should be allowed to conclude the Collation process. He was the one who conducted the elections. This is a process that should be concluded by him,” Oyaghiri said. 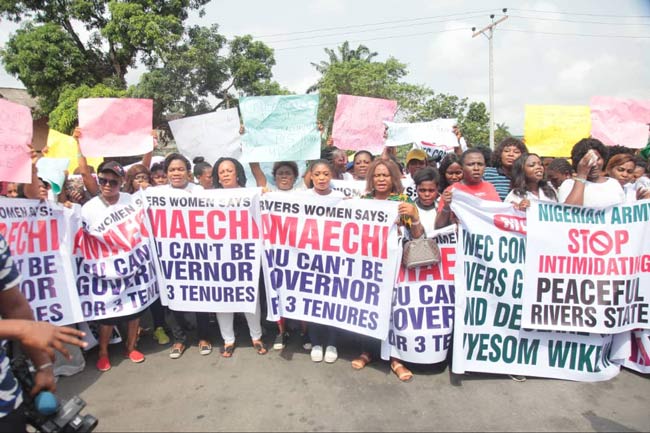 A Rivers Women Leader, Chinyeru Agbaru also noted that all results in the custody of INEC should be collated and declared.

She stated that there is no reason for the Resident Electoral Commissioner to be redeployed as being canvassed by the APC in Rivers State.

Also speaking, Women Leader of Rivers PDP, Mrs Victoria Allison appreciated the police for their interventions while the governorship election and collation got underway on March 10.

She said that Rivers Women were dressed in white to show that they support the peaceful conclusion of the 2019 General Election adding that Rivers State successfully held the Governorship election and the votes of the people must count.

A Female Youth Leader, Soibi Ibibo Jack said that Governor Wike has won the election and should be declared winner by INEC.

She warned the police against disrupting the Governorship Collation exercise as currently being rumoured. Jack said that the police are under obligation to be neutral.

Jack said that those calling for this transfer of the Resident Electoral Commissioner are doing so because he refused to be compromised. She said he should be allowed to complete the Collation.

Responding on behalf of the Rivers State Police Command, Assistant Commissioner of Police, Betty Otimeye said the message of Rivers women will be passed to the appropriate authorities for action to be taken.

At the DSS Headquarters in Port Harcourt, Rivers women said that they demand rests on the declaration of all collated results within scheduled period. 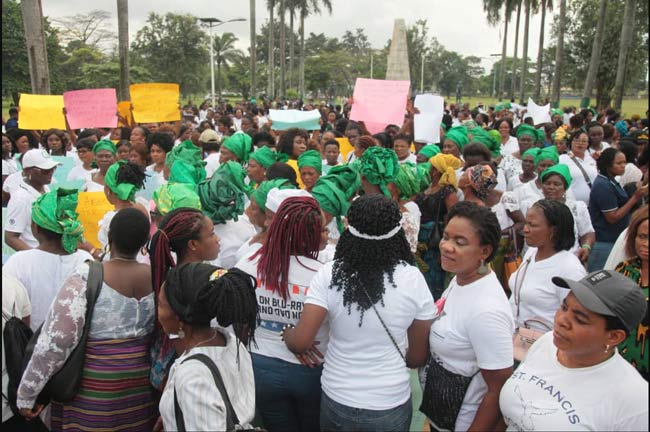 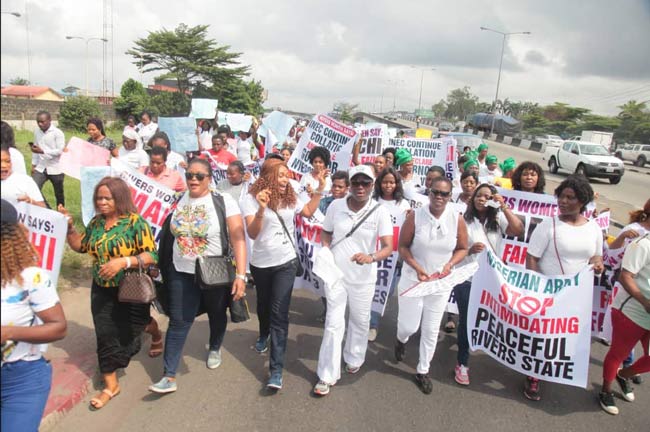