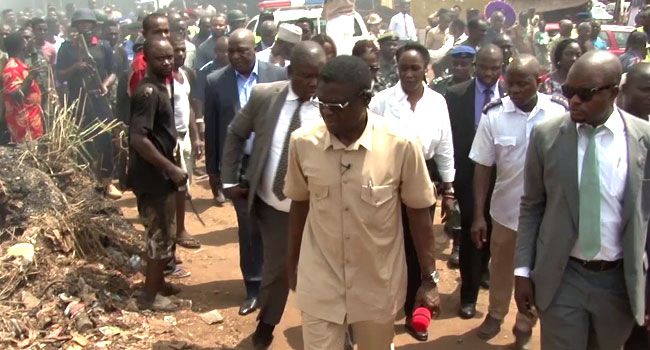 The Edo State Government says providing a clean and green environment remains one of the top priorities of the Godwin Obaseki led administration.

The acting Governor of the state, Mr Philip Shaibu, stated this on Saturday when he met with a delegation from the Uwelu Traders Association at the Government House in Benin City, the state capital.

He, however, noted that the residents of the state have an important role to play through proper waste management.

The acting governor met with the traders following the resumption of duty by the Edo State Waste Management Board.

The board resumed duty after the Court of Appeal in Benin City ordered a stay of execution of an order by the Edo State High Court nullifying the State Sanitation and Pollution Management Law.

The High Court had also restrained the Edo State Waste Management Board and its agents from performing their roles.

The court ordered the disbandment of the board and declared that its acts of licensing, registration, contracting of waste managers with powers to charge fees, and instigate criminal prosecution were unconstitutional, illegal and of no legal effect.