INEC Seeks Support For Conclusion Of Electoral Process In Rivers 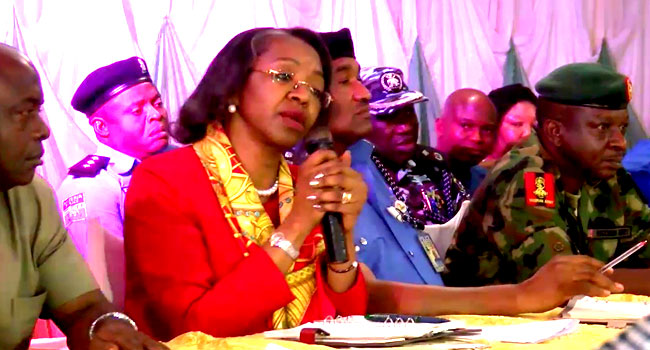 The Independent National Electoral Commission (INEC) has called for the support of various stakeholders to ensure the successful completion of the electoral process in Rivers State.

INEC’s National Commissioner in charge of Rivers, Bayelsa, and Edo State, May Agbamuche, made the call on Saturday in Port Harcourt, the state capital.

She was addressing the candidates and representatives of various political parties in Rivers at a stakeholders’ meeting organised by the electoral body ahead of the collation and announcement of results of the March 9 Governorship and State House of Assembly elections in the state.

“The main objective of this meeting is to brief you on the schedule of activities and timelines set by the commission for the conclusion of Governorship and State House of Assembly elections, and to solicit for your maximum cooperation towards the success of this exercise,” Agbamuche said.

She added, “It is also to generate discussions among the stakeholders with a view to achieving transparent, peaceful, and violence-free conclusion of the elections within the timeline set by the commission.”

INEC had suspended all electoral processes in Rivers on March 10, following reports of widespread disruption of elections in the state.

Barely two weeks after, the commission said it would continue with the process and released a timeline for the conclusion of the exercise.

It had also said it would hold an inter-agency security meeting on March 29, after which guidelines would be issued on the election.

Addressing the meeting, Agbamuche noted that INEC remained committed to concluding the electoral process in line with its schedule of activities and timelines.

She said, “It is my strong belief that at the end of the stakeholders’ meeting, the subsequent electoral activities as outlined in the timeline issued by the commission for the conclusion of the suspended elections in the state would be carried out as stipulated.”

The meeting had in attendance Governor Nyesom Wike who is the governorship candidate of the Peoples Democratic Party (PDP), and well as that of the African Action Congress (AAC), Mr Awara Biokpomabo, among others.

According to the timeline released by INEC on March 21, INEC will resume the collation and announcement of election results in Rivers between April 2 and 5.

It will also conduct supplementary election where necessary, and in some constituencies not affected by litigation on April 13.

The electoral body will conclude the issuance of all outstanding certificates of return on April 19.

See the timeline below: