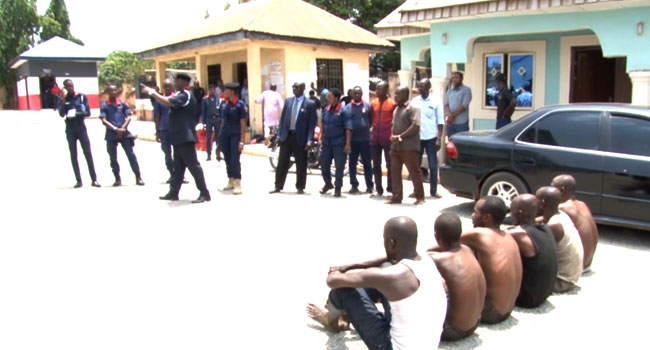 The Nasarawa State Command of the Nigeria Security and Civil Defence Corps (NSCDC) has arrested six people for allegedly impersonating its commandant and duping unsuspecting victims in the guise of false recruitment.

The six-man syndicate reportedly collected millions of naira from many job seekers in the process.

Parading the suspects at the NSCDC Headquarters in Lafia, the state capital, the Commandant, Mr Mahmoud Fari, told reporters that they would soon be charged to court.

He said, “One of them was parading himself as the Commandant of the Nigeria Security and Civil Defence Corps, Nasarawa State command.

“I don’t know when he became MA Fari and the worst part of it is that they were collecting money from individuals with the name of giving them appointments, that recruitment is ongoing in Nasarawa State”. 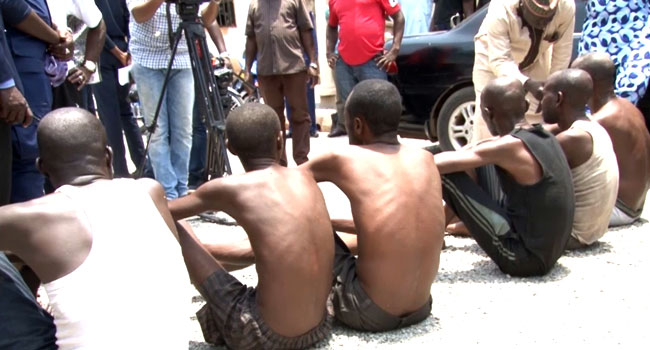 Fari explained that the suspects charged their victims according to their capacity and used some languages as their persuasion tool.

“If you are an Igbo man, he will speak Igbo to you to convince you; if you are a Yoruba man, they will speak Yoruba. They have Fulani  and Hausa too.”

The alleged leader of the gang, Daniel Eze, told reporters that he was lured once to parade himself as the commandant by a said barrister who was said to be at large.

“Actually, I am not parading myself as any state commandant, but somebody used me to answer as a commandant of Nasarawa Civil Defence and that was once,” Eze admitted.