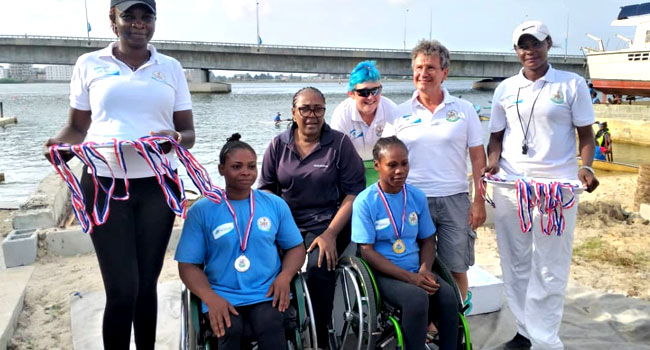 As the world celebrates the International Day of Sports for Development and Peace, the need to support special sports have been re-emphasised.

On the final day of the second edition of the Para Canoeing and Rowing Championship in Lagos, officials expressed optimism that the objective of promoting inclusion and empowering athletes have been achieved.

61 athletes from 11 states featured at the tournament and the President of the Nigeria Rowing, Canoeing and Sailing Federation, Admiral Festus Porbeni, believes it is a vital step towards preparing for the Tokyo 2020 Paralympics.

‘’We want to give them a sense of belonging and make them value themselves; making them understand there is ability in disability,” he said.

“We are so pleased with the level of competition they displayed; it is a vital step towards preparing for the Tokyo 2020 Paralympics.” 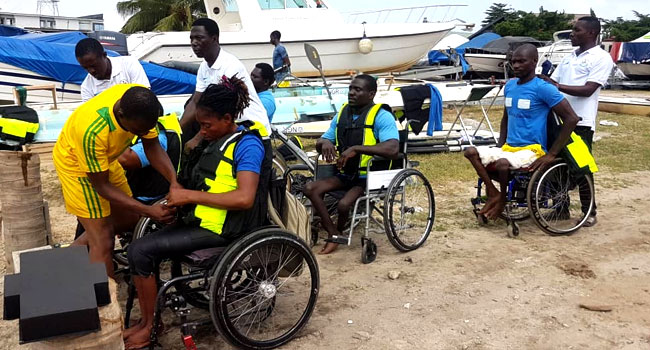 The first edition of the competition held on March 23, 2018, at the Bics Boat Club, Lekki Phase 1, Lagos.

The event served as the invitational for the Para-Rowing World Championship which held in Gavirate, Italy, from July 5-13, 2018.

Officials from International Canoe Federation (ICF), Julie Gray and Jean-Christophe Gonneaud, have been monitoring the event and expressed satisfaction at the level of professionalism.

Gray, a medical classifier, confirmed there are potentials for growth.

She said, ‘’It’s been great, we’ve really enjoyed ourselves and we’ve classified a lot of athletes. The enthusiasm is immense.

“Some people have only just started canoeing, yet displayed so much passion. We have seen some really strong paddlers and I believe they will do very well.”

The Secretary-General of the Nigeria Rowing, Canoeing and Sailing Federation Olubunmi Oluode, explained that the championship in Lagos was a platform designed to prepare the athletes for more competitions.

Oluode confirmed that the officials from the ICF would select four athletes who have been classified to compete at the World Cup in Poland, the first international classification process towards the 2020 Paralympics qualification.

A major objective of the National Para Canoeing and Rowing Championship is to create awareness about the sport, achieve development and empower the athletes.