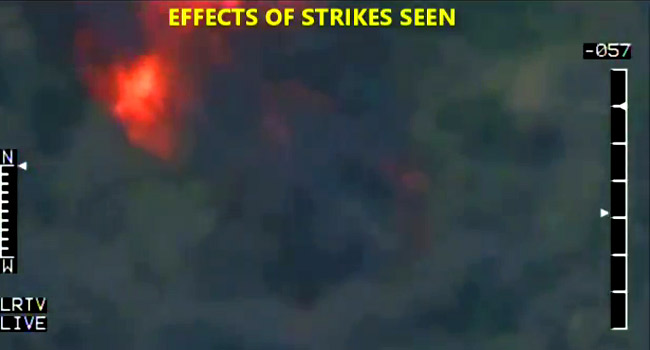 The Nigerian Air Force (NAF) says it has degraded an Islamic State of West Africa Province (ISWAP) terrorists’ hideout and killed some of their fighters at Tumbun Zarami in the northern part of Borno State.

A statement by the NAF Director of Public Relations and Information, Air Commodore Ibikunle Daramola, disclosed that the Air Task Force (ATF) of Operation Lafiya Dole recorded the feat on Monday.

It explained that the troops conducted air strikes, as part of the ongoing air campaign of Operation Yancin Tafki aimed at flushing out ISWAP elements from islands on the fringes of the Lake Chad.

The statement revealed, “A Nigerian Air Force (NAF) Intelligence, Surveillance and Reconnaissance (ISR) platform, on a routine reconnaissance mission, observed significant presence of ISWAP fighters in the settlement, with several structures and equipment spotted beneath the thick vegetation of the area.

“Accordingly, the ATF scrambled two NAF Alpha Jets to attack the location, recording successful strikes on the terrorists’ structures and neutralising several of their fighters.”

NAF attached a short video clip to the statement, showing some portions of the attack.

Operating in concert with surface forces, the Air Force vowed to sustain its operations to completely degrade the terrorists in the north-east region.