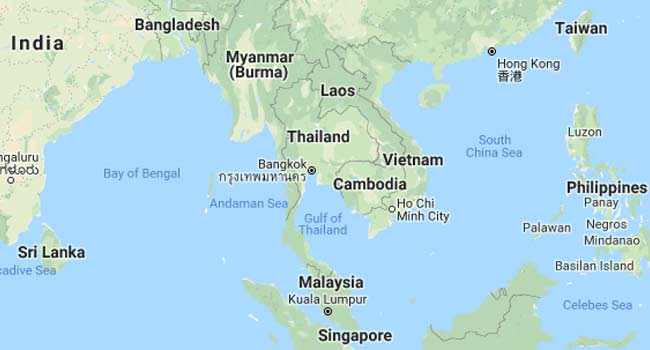 At least two people were killed and nearly a dozen injured after a fire broke out at one of Bangkok’s busiest and most popular shopping malls Wednesday evening, officials said.

The blaze at Central World broke out at around 6pm, a spokesperson for the Erawan Medical Emergency centre told reporters.

“One (person) died at the scene” and another at a nearby hospital, the spokesperson said.

Employees of the mall stood outside as sirens blared.

He later added that the fatality toll was “likely two to three” and that one person had leapt to their death.

The area around Central World is a shopping haven and was chock-full of tourists and rush-hour traffic.

A company representative told reporters the fire appears to have started on the 8th floor, but had been contained and the building evacuated.

The mall is owned by Central Group, which is controlled by one of the wealthiest families in the country.

North Korea Blows Up Diplomatic Office Near Border With South

Thailand Conducts Tests On Monkeys In Search Of COVID-19 Vaccine