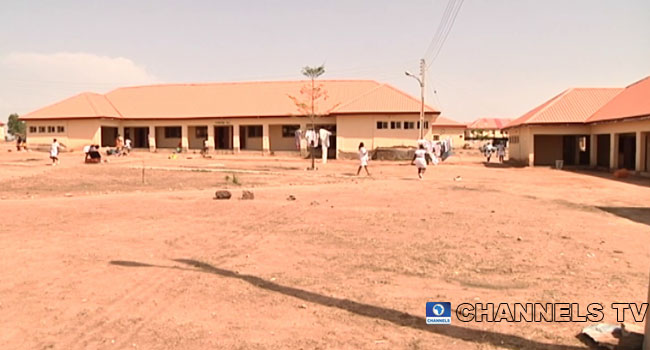 A heavy windstorm has wreaked havoc at the orientation camp of the National Youth Service Corps (NYSC) in Taraba State.

A total of 33 Batch A 2019 corps members were hospitalised following the incident which destroyed buildings and other valuables on Saturday at the camp in Sibre, on the outskirt of Jalingo, the state capital.

The heavy windstorm which started in the evening caught up with the corps members who were out celebrating a cultural festival in preparation for their passing out parade billed for Tuesday, having completed their three weeks orientation course.

A visit to the orientation camp by Channels Television revealed that the powerhouse of the camp was not spared, with the situation there begging for urgent attention.

The disaster also left the screen of the corps ambulance shattered, blew off several roofing sheets of both male and female dormitory, and left them at the mercy of rain.

The Taraba State NYSC Coordinator, Florence Yaakugh, confirmed the incident to Channels Television but said no life was lost.

She said, “We were all here as camp officials and corps members having the cultural festival on Saturday when the windstorm all of a sudden started.

“The storm was so strong that visibility was so poor for both the corps members who were on parade and the camp officials.”

“While scampering for safety because of the fierceness of the storm, some corps members who had some health challenges like asthma, chest congestion, and the likes were choked and hospitalised,” she added.

“About 33 of them were moved to the clinic of the camp, of which nine were referred to the Federal Medical Centre (FMC), Jalingo because of their condition.”

He lamented that the level of destruction of valuables at the camp was much and raised a concern about the devastating effect of erosion caused and the looming danger, noting that the raining season was fast approaching.

The coordinator said the state government had sent some officials to take inventory of the damages caused and promised to commence repair works soon.