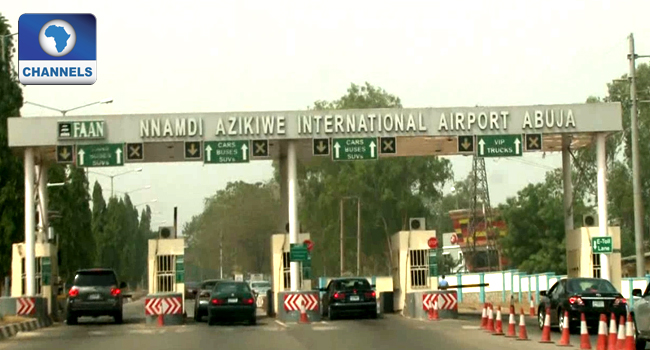 The Federal Airport Authority Of Nigeria (FAAN) has explained the fire scare which occurred on Saturday afternoon at the Nnamdi Azikiwe International Airport in Abuja.

Some passengers had panicked when the saw smoke in part of the airport terminal.

But FAAN said what the passengers saw was residue from the hydrant which was released by the automated fire detector and protection machine installed in the airport’s new terminal.

The Managing Director of FAAN, Mr Saleh Dunoma gave the explanations in Abuja after Channels Television visited the airport in response to a call from a worker in the airport.

Although the airport staff said he saw fire which scared some travellers in the afternoon, the FAAN boss maintained that there is nothing to be afraid of as what happened showed the efficacy of the newly installed fire detector and protection equipment at the airport.

FAAN’s General Manager, Corporate Affairs, Mrs Henrietta Yakubu, explained in a statement that the incident occurred in the equipment room of the new terminal at the airport at about 3 pm.

She explained that the building was designed with an in-built fire detection and protection system, which is activated when it senses high ambient temperatures and sprays fire extinguishing agent.

“The residue of powder sprayed by the system was seen in the cloud, there was no fire at all,” the statement read in part.

FAAN assured passengers and the general public that there was no cause for panic.