NJC Has No Capacity To Self-Reform – Jiti Ogunye 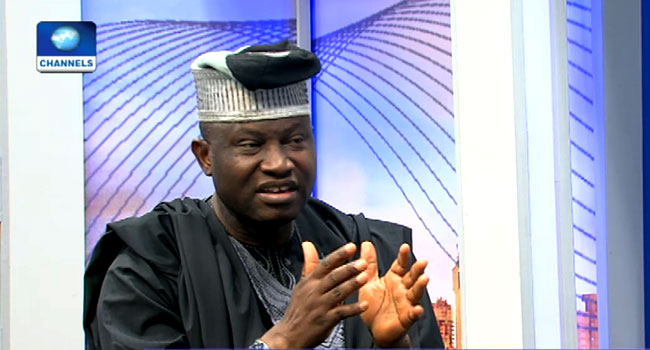 He gave the opinion during his appearance on Channels Television’s Sunday Politics, where he called for a total reform of the nation’s judiciary.

The lawyer was reacting to the issues surrounding the trial of Justice Walter Onnoghen at the Code of Conduct Tribunal (CCT).

He, however, said there was a need to carry along key stakeholders such as the NJC and the Nigerian Bar Association (NBA) in the reform process for better result.

Ogunye said, “Recommendations can be made time and again but when there are no factual situations that warrant stakeholders focussing on the subject so closely; we won’t then have these issues.

“Talking about how to reform, I want to recommend that the Federal Government holds this event in collaboration with stakeholders – NJC, NBA, and all that, who have to set up a grand commission to look at how to reform our judiciary holistically and comprehensively.”

“Not just about corruption, and I am saying this with all sense of responsibility; the NJC has no capacity to self-reform,” he added. “Part of the problem that we have to deal with on this occasion is that we had a CJN who was indicted presiding over an NJC that he single-handedly nominated or appointed 14 members of; a majority of them.”

“So, how can that NJC that is called upon to regulate itself in regulating the regulators perform optimally?” the lawyer questioned.

He was hopeful that if the issues raised were thoroughly considered in addition with some legislative interventions such as amendment of the Constitution, the judiciary would become better.

The lawyer also suggested that the nation’s judicial system be re-federalised, as part of the fundamental reform process.

According to him, the judiciary is unitary regardless of the various forms of the court such as the state and federal High Courts.

Ogunye decried the situation where a judge has over 700 cases to adjudicate, stressing that Lagos State does, for example, needed a minimum of 200 judges.