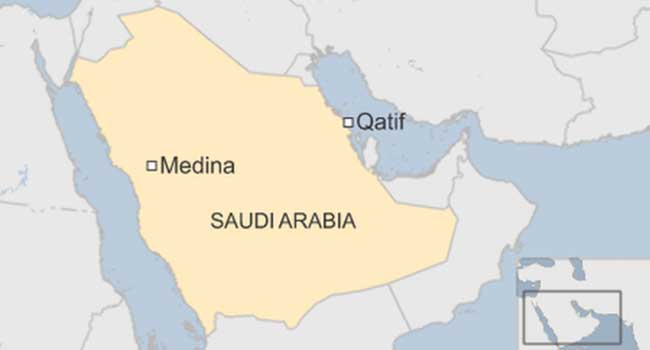 Saudi Arabia faced worldwide criticism Wednesday for its mass execution of a group made up mostly of people from the kingdom’s Shiite Muslim minority, some of whom the UN said were minors when charged.

UN rights chief Michelle Bachelet condemned Riyadh’s Tuesday execution of 37 Saudi nationals, saying “it was particularly abhorrent that at least three of those killed were minors at the time of their sentencing”.

The EU echoed her censure, calling the execution of people charged as minors a “serious violation”.

Spokeswoman Maja Kocijancic said the fact that the majority of those executed were Shiites had “the potential to fuel sectarian tensions”.

They were put to death after being convicted of terrorism, the official Saudi Press Agency (SPA) reported, in the largest mass execution in the country for more than three years.

At least 33 of those executed belonged to Saudi Arabia’s Shiite minority, according to Human Rights Watch.

The rights group said the convictions were based on “unfair” mass trials and on confessions allegedly extracted through torture.

The Sunni-dominated kingdom’s interior ministry said some of those executed were accused of “inciting sectarian strife”, a charge often used in Saudi Arabia against Shiite activists.

One person was crucified after being killed, SPA reported, a measure reserved for particularly serious crimes in the ultra-conservative oil-rich kingdom, where executions are usually carried out by beheading.

“Saudi authorities will inevitably characterise those executed as terrorists… but the reality is that Saudi courts are largely devoid of any due process, and many of those executed were condemned based solely on confessions they credibly say were coerced,” said HRW’s deputy Middle East director Michael Page.

Rights group Amnesty International said most of those executed were “convicted after sham trials” based on “confessions extracted through torture”.

The executions were “yet another gruesome indication of how the death penalty is being used as a political tool to crush dissent” from within the Shiite minority, it added in a statement.

The rights watchdog said 11 of those executed were convicted of spying for Iran, while at least 14 others were sentenced in connection with anti-government protests in the Eastern Province between 2011 and 2012.

Among those executed was Abdulkareem al-Hawaj, who was only 16 at the time of his arrest, Amnesty said.

‘Not a whisper’ from the US

The mass execution is the largest since January 2016, when Saudi Arabia executed a group of 47 people convicted of “terrorism”, including prominent Shiite cleric Nimr al-Nimr.

The cleric’s execution prompted a furious reaction from Tehran.

Iran’s top diplomat Wednesday slammed the silence of US President Donald Trump’s administration on the executions.

“After a wink at the dismembering of a journalist, not a whisper from the Trump administration when Saudi Arabia beheads 37 men in one day — even crucifying one two days after Easter,” Mohammad Javad Zarif said on Twitter.

He was referring to the murder of prominent Saudi journalist and regime critic Jamal Khashoggi last year in the Saudi consulate in Istanbul.

Lebanon’s Shiite movement Hezbollah, a key ally of Tehran, accused the United States of being “a key partner” in Saudi Arabia’s “heinous crimes”.

“Hezbollah strongly condemns the heinous crime committed by the criminal Saudi regime against dozens of innocent civilians, whose only fault was to demand freedom and freedom of expression,” Hezbollah said in a statement.

At least 100 people have been executed in Saudi Arabia since the start of the year, according to data released by SPA.

Last year, Saudi Arabia carried out 149 death sentences, making it one of the world’s top three executioners along with China and Iran, according to Amnesty.

The Eastern Province — home to the bulk of the country’s Shiite minority — has seen bouts of unrest since 2011 when protesters emboldened by the Arab Spring took to the streets demanding an end to alleged discrimination by the government.

Although no official figures exist, Shiites make up an estimated 10-15 per cent of the ultra-conservative kingdom’s population of 32 million.

Trump Tells Supporters To ‘Go Home’ After Storming Of US Capitol

One Person Shot, Wounded Inside US Capitol