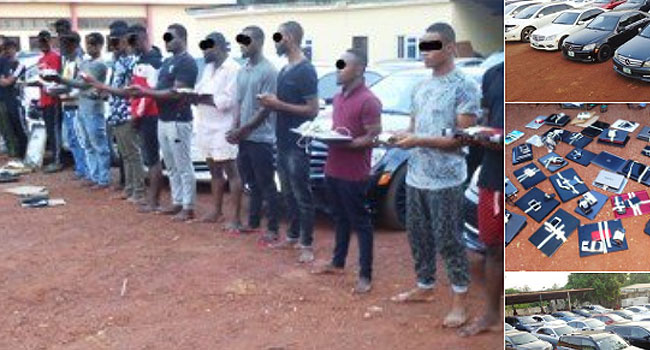 Thirty-seven suspects alleged to have been involved in internet fraud have been arrested in Owerri by the south-east zonal office of the Economic and Financial Crimes Commission (EFCC).

The arrest followed a raid on some targeted residences in some areas within the Imo state capital, following intelligence report which revealed that the suspects were living lavish lifestyles without any known means of livelihood.

According to the EFCC, the suspects specialized in defrauding unsuspecting victims via the internet.

The EFCC said in a statement on Friday that the rais was is in line with the commission’s mandate.

It further noted that the arrested individuals will be charged to court as soon as investigations into the matter are concluded.