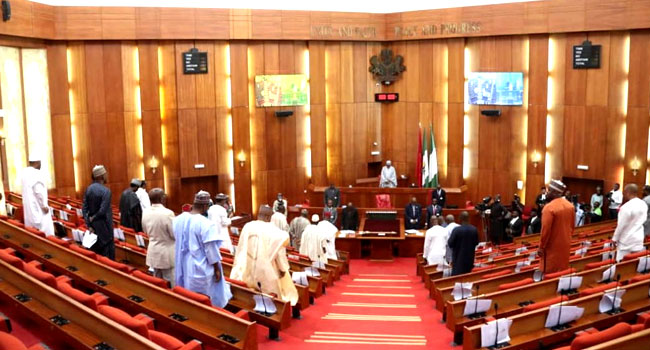 The Senate Committee on Youths and Sports Development investigating the appointment of the new Director-General of the National Youth Service Corps (NYSC) by the Chief of Army Staff has absolved him of any wrongdoing.

According to the committee, the appointment of the new DG, Brigadier General Shuaibu Ibrahim, followed due process.

Senator Dino Melaye, who represents Kogi West district, had raised a point of order on the appointment of a new NYSC DG by the Chief of Army Staff, Lieutenant General Tukur Buratai.

According to him, the army chief committed an infraction on the Constitution by removing the former Director-General of the corps and replacing him with someone else.

“We should not allow a constitutional country governed by laws be taken for granted,” the lawmaker said.

In his contribution, Senator Bassey Akpan from Akwa Ibom North-East seconded the order by Senator Melaye and requested that the matter should be investigated.

The Senate agrees after a thorough investigation that due process was followed in the Appointment of the New DG of NYSC. #TodayInSenatePlenary https://t.co/YV9s2EbfTq

Thereafter, the Senate referred the matter to the Committee on Youths and Sports for investigation.

The committee then invited the Chief of Army Staff to explain the appointment but he sent a representative who explained to the committee that the DG’s appointment was done by President Muhammadu through the Minister of Defence as enshrined in the NYSC Act.