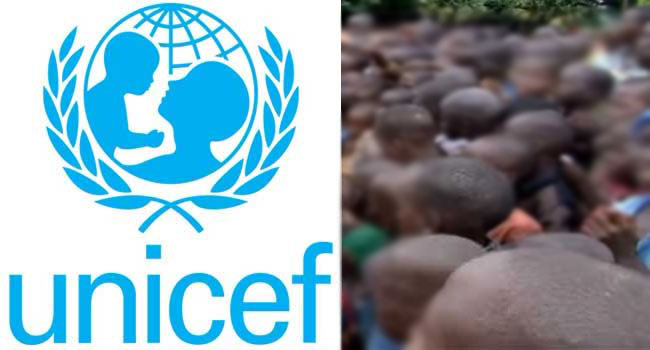 The United Nations Children’s Fund (UNICEF), has said that 894 children have been released from the ranks of the Civilian Joint Task Force (CJTF) in Maiduguri.

The children, including 106 girls were released on Friday as part of commitments to end and prevent the recruitment and use of children in the fight against insurgents.

According to a statement from UNICEF, the release would be followed up with reintegration programmes to help them return to civilian life.

“Any commitment for children that is matched with action is a step in the right direction for the protection of children’s rights and must be recognised and encouraged,” said Mohamed Fall, Representative of UNICEF in Nigeria and the Co-chair of United Nations Country Task Force on Monitoring and Reporting on Grave Child Rights Violations (CTFMR).

“Children of north-east Nigeria have borne the brunt of this conflict. They have been used by armed groups in combatant and non-combatant roles and witnessed death, killing and violence. This participation in the conflict has had serious implications for their physical and emotional well-being.”

The organisation further stated that since September 2017, when the CJTF signed an action plan committing to putting measures in place to end and prevent recruitment and use of children, 1,727 children and young people have been released. Since then, there has been no new recruitment of children by the CJTF.

It also noted that the children and young people released today will benefit from reintegration programmes to help them return to civilian life, seize new opportunities for their own development, and contribute to bringing lasting peace in Nigeria, as productive citizens of their country.

According to the UNICEF, without this support, many of the children released from armed groups struggle to fit into civilian life, as most are not educated and have no vocational skills.

More than 3,500 children are said to have been recruited and used by non-state armed groups in the conflicts in northern Nigeria between 2013 and 2017.

According to UNICEF, others have been abducted, maimed, raped and killed.

“We cannot give up the fight for the children, as long as children are still affected by the fighting. We will continue until there is no child left in the ranks of all armed groups in Nigeria,” Fall said.

The organization says it would continue to work closely with state authorities and partners to support the implementation of reintegration programmes for all children released from armed groups, as well as others affected by the ongoing conflict.

At least 9,800 people formerly associated with armed groups, as well as vulnerable children in communities, have accessed such services between 2017 and 2018.

Over 1,400 Killed By Gunmen Within Six Months In Nigeria – UN

There Are No Secret Graveyards In The Northeast Theatre – DHQ