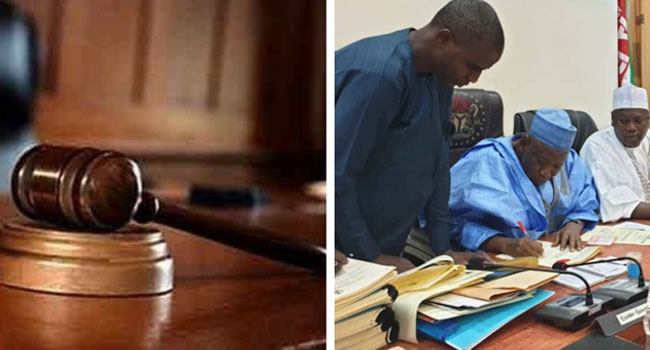 A High Court sitting in Kano on Friday ordered Kano State Governor, Abdullahi Umar Ganduje, the Kano State House of Assembly, the Speaker, Clerk of the Assembly, and the Attorney-General of the state to abstain from creating five additional Emirates in the state.

According to an ex parte motion dated May 10, 2019, filed by the plaintiff, Hon Sule Gwarzo, before Justice Nasiru Saminu, sought the court to restrain the respondents from taking any action of creating four additional emirates.

In an order of interim injunction, the court directed all parties in this suit to maintain status quo pending the hearing and determination of the motion on notice. 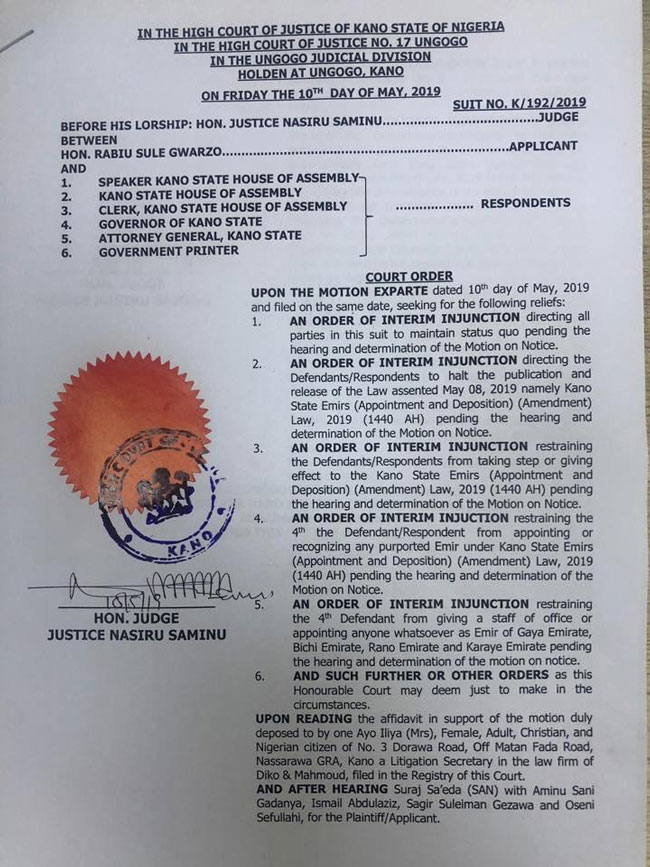 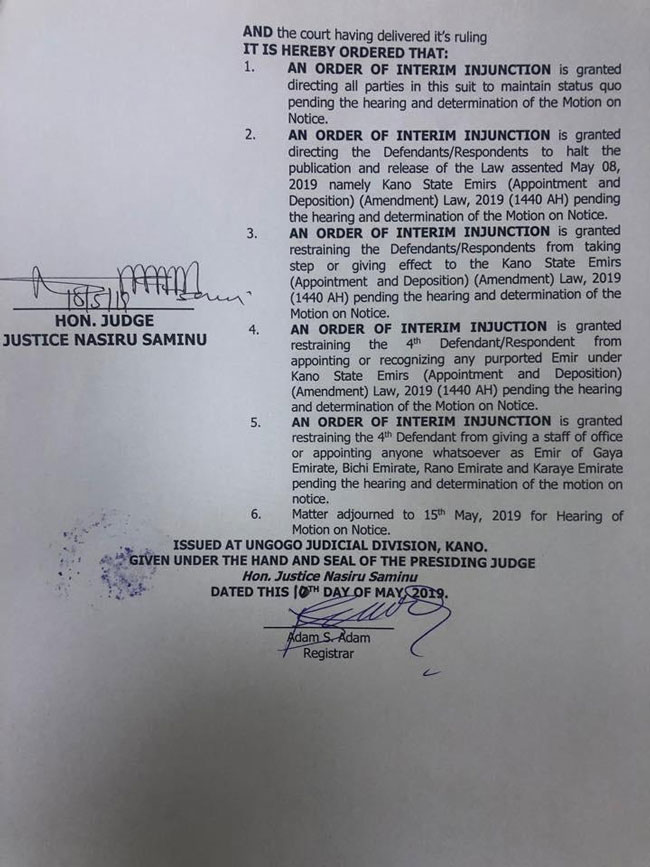 Governor Ganduje had signed into law on Wednesday a bill on the creation of four additional emirates, a move that was widely viewed as an attempt to reduce Emir Muhammadu Sanusi II’s influence.

However, the governor has denied claims the creation of additional Emirates in the state was done to settle personal scores with anyone.

He said this in an interview with reporters in Abuja, that contrary to the allegations, the additional emirates were created to make the traditional institution in the state more effective.

Governor Ganduje went further to declare his respect for the Emir of Kano, Muhammadu Sanusi II.

He, however, noted that the traditional ruler was answerable to his Local Government Chairman, as enshrined in the Constitution.